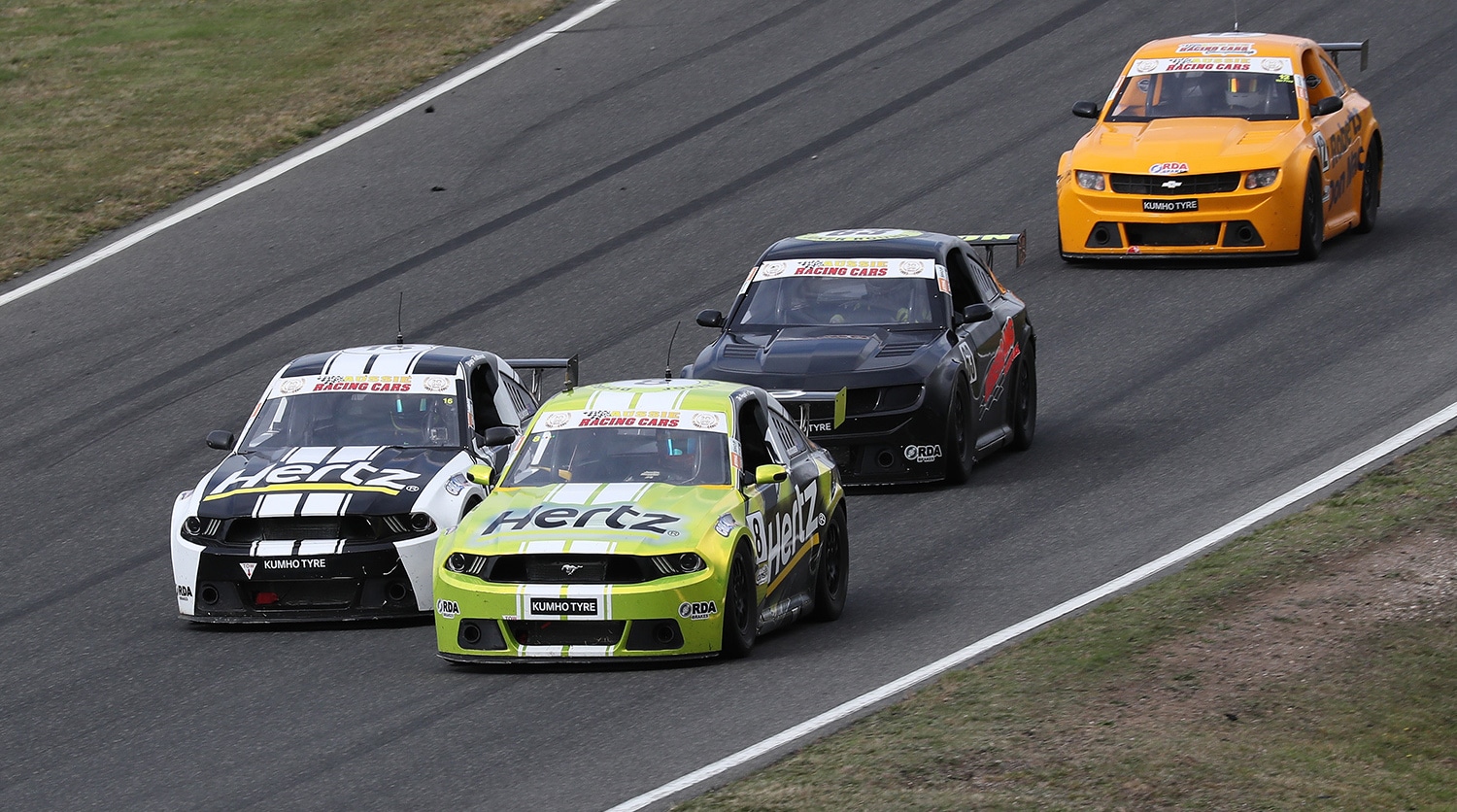 The curtain has closed on one of the best weekends of Aussie Racing Cars racing, round two the Tasmanian SuperSprint at Symmons Plains Raceway provided some of the best racing ever seen by the class in its 20 years.

They didn’t have it all their own way however, right through all four races there was a bevy of drivers vying for the top spots, Sean Rose Motorsports class acts were Daniel Price who put his Camaro on pole in qualifying, and Adam Uebergang who was second for the round overall.

In the final two races for the weekend on Sunday there was a repeat of the close exciting racing seen the previous day, however the weather had taken a turn for the worst, overcast skies threatened rain all day but it would eventually only come down during the Supercars race. But the wind was a major factor in the both runs, a strong northerly would see the cars gaining slip stream advantages up the long back straight (albeit a curve).

Ruggier won an amazing part reverse grid Race 3 from 10th on the grid, having won both races yesterday, despite him actually finishing in second place.  Uebergang crossed the finish line in first place but was handed a five-second penalty post-race for contact with Kel Treseder at turn one mid race that relegated the later down the order.  This sent Uebergang to fourth, Josh Anderson was second and in a lightning run Blake Sciberras whom started last worked his way forward to 3rd in this race.

Leigh Bowler who started the on P2 and took the lead straight away from Kody Garland on P1 was pinged a 5 second post-race penalty as his front wheels were deemed over the start line when he rolled up on to the Grid, “I had no radio so I didn’t know” he later said.  Bowler & Garland finished in 5th & 6th respectively.

The final race for the weekend saw 5 cars not make the chequered flag for varying reasons, Grant Thompson beached himself at turn three and couldn’t restart, he was right on the apex but race control let the race run with yellow flags there and the car very visible.

Sciberras broke a tail shaft on lap one and was out, Garland had an electrical issue and that stopped his race, however the race came under safety car later on when Jeff Watters was run wide at the fast turn 6/7, his car spun around back out onto the circuit where Brad Woods had nowhere to go and collected Watters with both cars extensively damaged, Watters’ Nissan Altima had an engine fire that was eventually retarded.

The race had once again seen the weekend front runners again battling it out, Uebergang would eventually be declared the winner from Fullwood and Ruggier with Price in fourth and Treseder rounding out the top five.

(You can read qualifying, races 1 & 2 reports at the bottom of this post.)

A BEVY OF WINNERS

After a great weekend of racing this is how prizes were handed out.

Two hard fought races are what ensued in the Aussie Racing Cars second round today at Symmons Plains with no fewer than 6 different race leaders over the course of the two races as the slip-streaming battles took place.

Up front the tussle for first was being argued over by Daniel Price (Sean Rose Motorsport), Adam Uebergang (Uebergang Transport) and Justin Ruggier (Western Sydney Motorsport), it would be the later that would cross the finish line first to take the win. On the way Joel Heinrich (Osborn’s Transport / CR International) was added to the mix. Heinrich would ultimately finish in second from Uebergang.

Race Two got off to a slow start after Josh Anderson (RDA Brakes/Perenso) was stuck on the grid with a broken tail shaft which saw the safety car out again, on the restart Ruggier took the lead but a fast moving Heinrich squeezed past to take that off him with Uebergang looking to trump both the cars in front.

Price too was ready to pounce if the opportunity arose but would ultimately end up 7th, soon the four front runners were joined by another 4 cars to vie for the lead. Blake Sciberras who had started from the rear of the grid due to a DNF in race one had managed to work his way through the field and with two laps to go took third over Heinrich. On his way he set a new race lap record of 1:01.447.

Ahead of Sciberras was Uebergang and Ruggier making it two wins from two starts for the current series leader.

Despite the chilly conditions the practice and qualifying today at Symmons Plains was hard fought with the top 50% of the field all within 1 second at the end of the qualifying session.

Round One winner Justin Ruggier (Western Sydney Motorsport Mustang) was fastest out of the box in this mornings practice setting a 1:00.885 lap and the only driver to dip into the 1-minute lap time all day, following was his team mate Blake Sciberras in another Mustang with a 1:01.361 and KKP Motorsport Kel Treseder was third (1:01.379).

Qualifying saw the air temperature drop lower than the morning session, this also saw the times slow up slightly. Daniel Price (Sean Rose Motorsport) was fastest with a time of 1:01.225 in only his third start in an Aussie Car.Adam Uebergang (Uebergang Transport) held the lead for almost half the session in his first event for 2019. Treseder was third again in qualifying.

The next three spots were taken up with a trio of Western Sydney Motorsport Mustangs of Blake Scibberas, Super2 Series driver Bryce Fullwood up next with Ruggier in sixth spot. 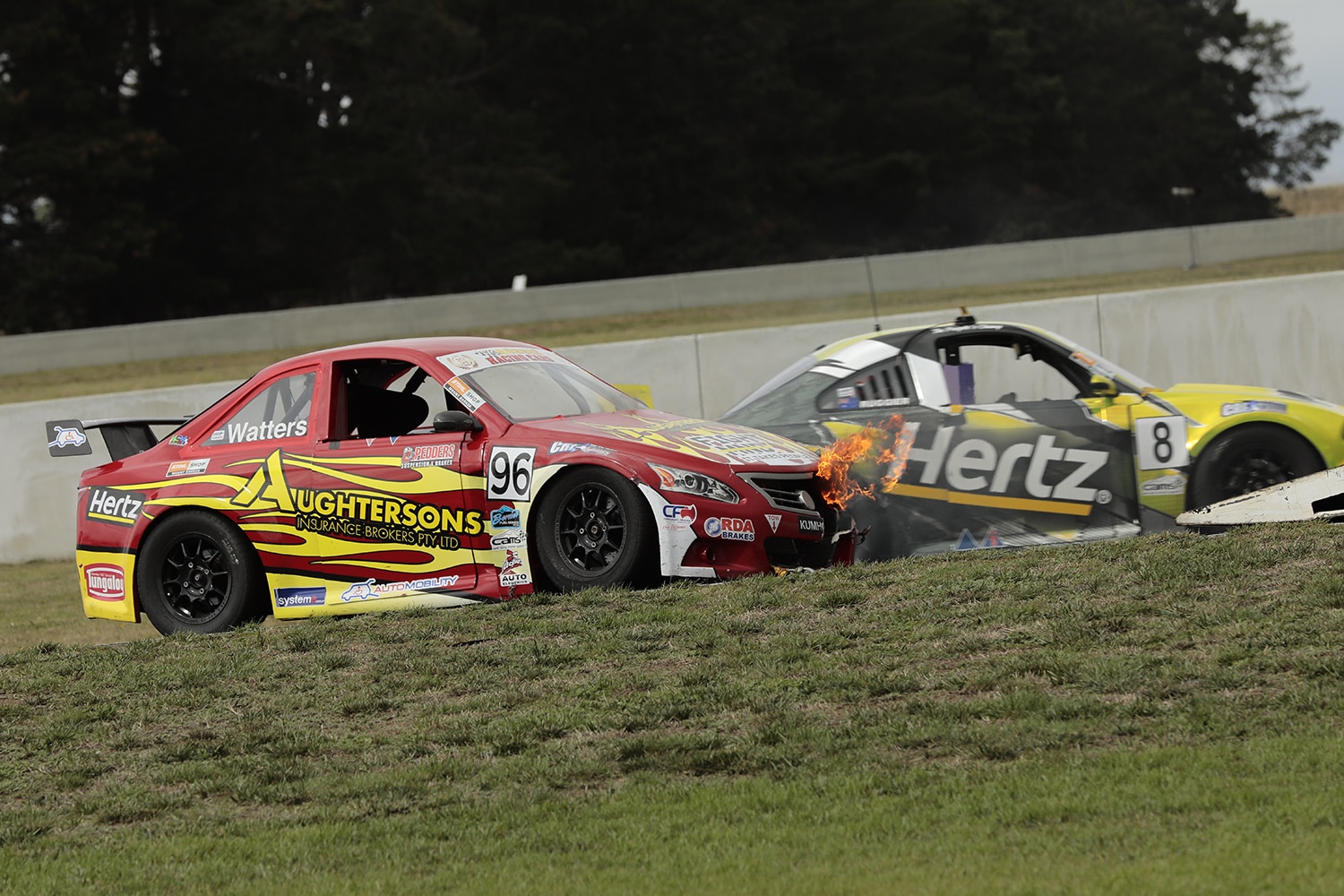 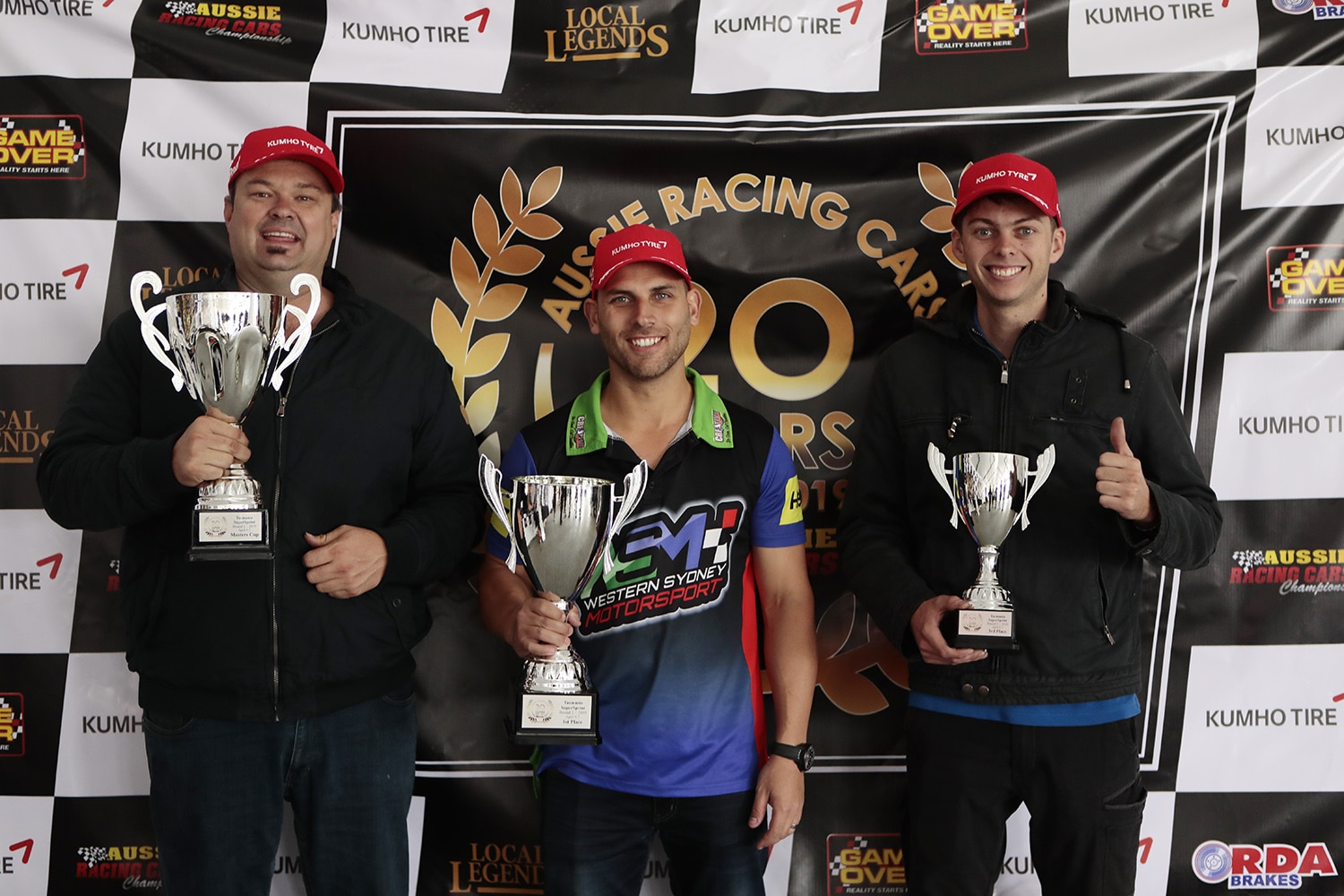 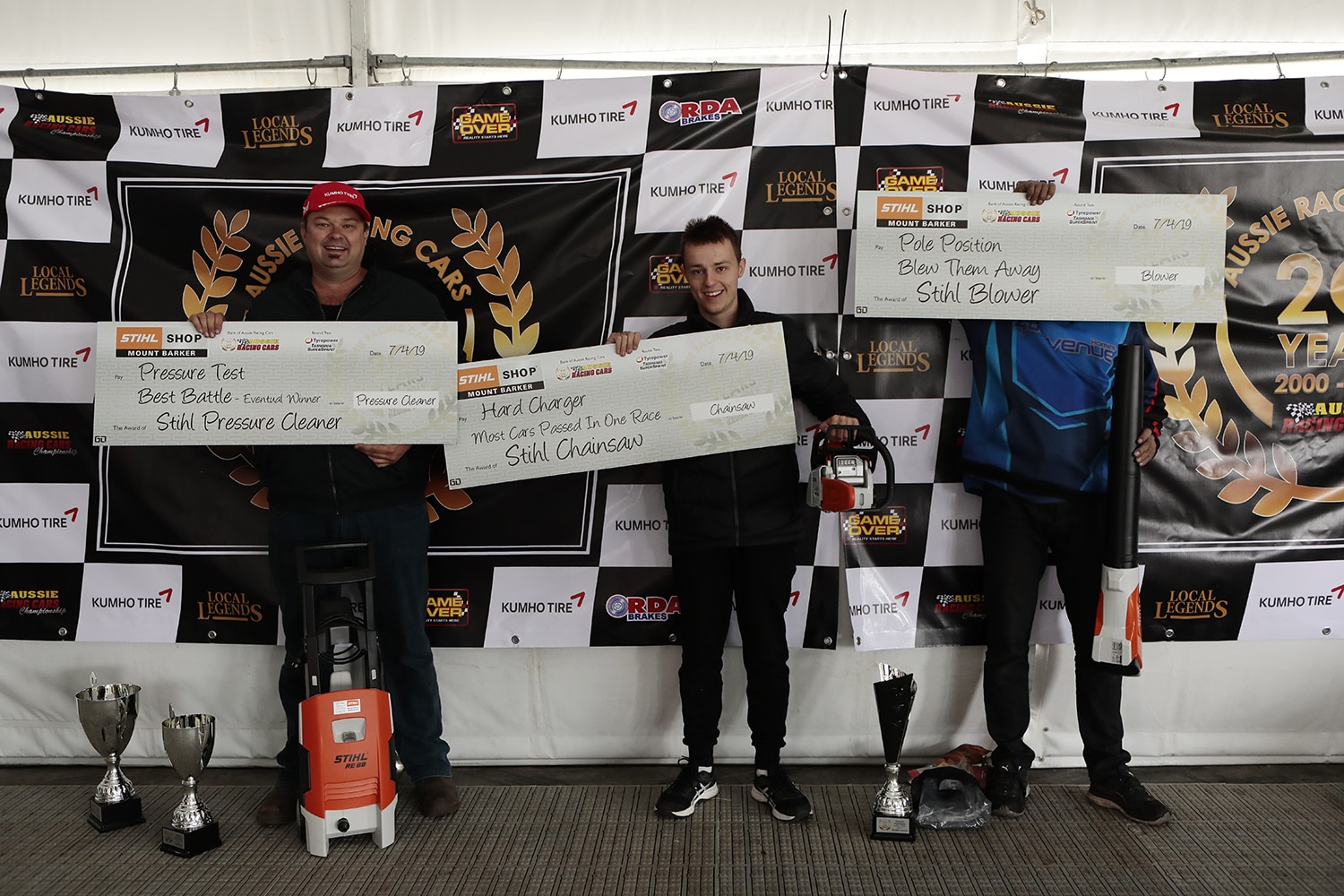