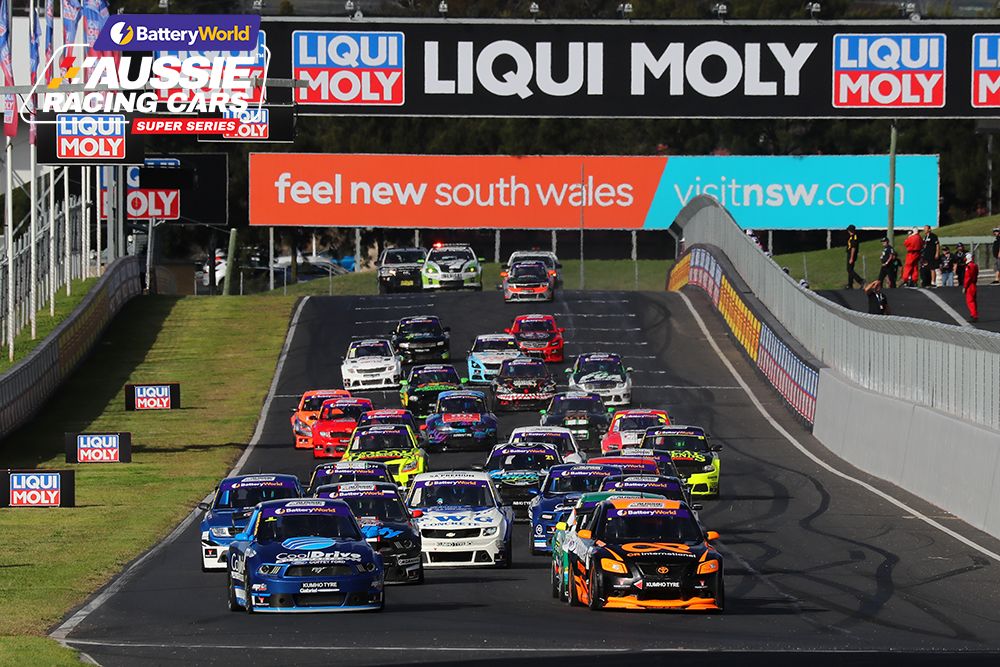 Round 4 Bathurst 12HR Race Wraps from a very exciting round, originally a 4 race weekend with a combined Practice/Qualifying, this was adjusted to a three race and practice and qualifying event, due to the new drivers we had and the inclement weather first up on Friday morning. Below are the wraps for the two-day race meeting.

Both races two and three produced thrilling finishes at round four of the Battery World Aussie Racing Cars Series at Mt Panorama with CoolDrive’s Josh Anderson the winner of both and he also won the round.

It was a one-lap charge to the chequered flag in race two where he and his Mustang-mounted teammate Reece Chapman pulled off a one-two results.

They were third and fourth behind Kyle Ensbey (Mustang) and Tom Hayman (Mustang) where the latter pulled off an around-the-outside move on Ensbey at Forrest Elbow to snare the lead. However they were relegated by Anderson and Chapman on Conrod Straight.

The race started with the top ten finishers from the race one reversed . . . apart from Craig Woods whose Mustang had a rear wing infringement penalty. He would start further back while Leigh Bowler (Camaro) who was 11th in the opener would start from pole ahead of Adam Clarke (Camaro) and Ensbey.

Ensbey (Mustang) was the leader when the safety car appeared after Craig Thompson and Kody Garland had contact out of the Cutting in their Mustangs. Thompson was out while Garland was able to continue. Ensbey crossed the finish line third but had incurred a five-second penalty and would drop to 13th.

That elevated Bowler to third ahead of Hayman who had a brief excursion off the circuit after the Chase, Joel Heinrich, Lachlan Ward, Clarke, Ryder Quinn, Woods and Brett Osborn (Camaro).

The last race also went down to the wire as Anderson took the lead off Hayman at Griffin Bend only to lose out to his rival on Conrod Straight. Anderson had a better run out of the Chase, and they were side-by-side into the final corner where Anderson was able to prevail.

The battle for third was equally tight with Chapman able to hold on, just in front of Ward and Woods. Next was Bowler ahead of Courtney Prince (Mustang), Clark, Ensbey and Osborn.

There was a safety car before the end of the opening lap. Grant Thompson had a drama off the start and nose the wall which meant he had to pit to remove the Mustang’s front clip. Heinrich (Cruze) was hit and turned around on Mountain Straight, and Jeff Watters (Altima) had wall contact at Sulman Park.

He had a close-fought battle with Josh Anderson as the Mustang drivers exchange the lead before pole man Joel Heinrich (Cruze) bought into the scrap, took the lead but was passed by Hayman on the final lap. Four drivers went under the lap record with Hay eventually setting the new benchmark.

After electrical issues in practice and a solid qualifier, Craig Woods (Mustang) was fourth throughout and ahead of Kody Garland (Mustang) who bunkered at Murrays Corner on the final lap. He was recovered and classified 28th.

Fifth place went to Matt Forbes-Wilson (Camaro) as he just pipped Lachlan Ward (Camaro) by less than half a car length. Then followed Reece Chapman (Mustang) clear of an engrossing dice for the final top ten spots.

Courtney Prince (Mustang) finished eighth ahead of Kyle Ensbey (Mustang) and Adam Clark (Camaro). The latter two will be start on the front row for race two, the reverse of the top ten finishers.

Round one star Cody Brewczynski (Mustang) was 17th and no answer to the lack of pace practice, qualifying and the race while his teammate Ryan Reynolds was a non-starter after a qualifying crash.

Round Five is next weekend at Winton Motor Raceway, alongside of the Supercars. 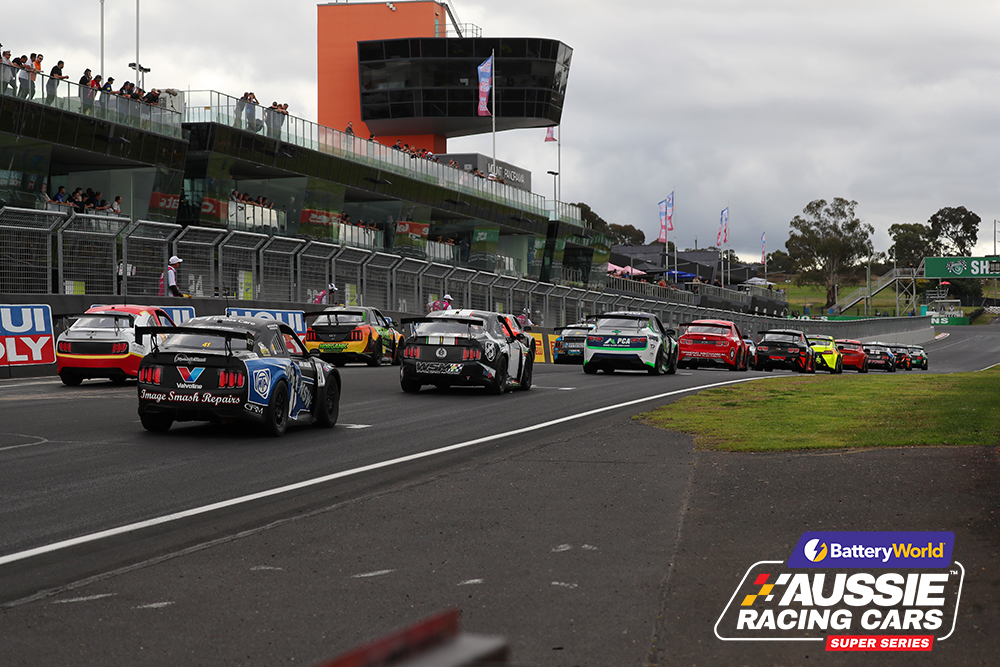 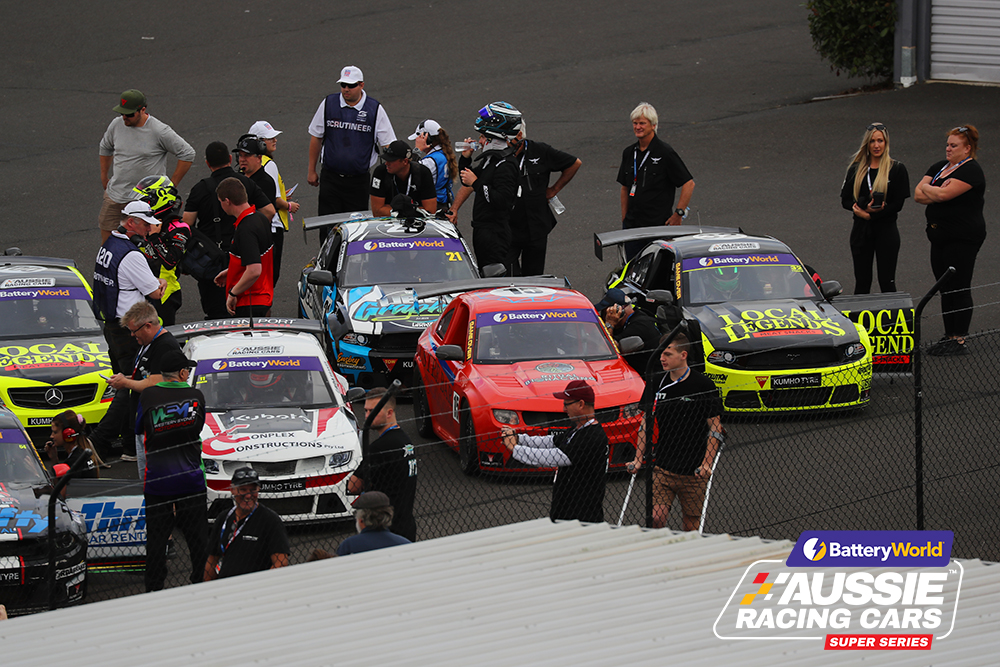 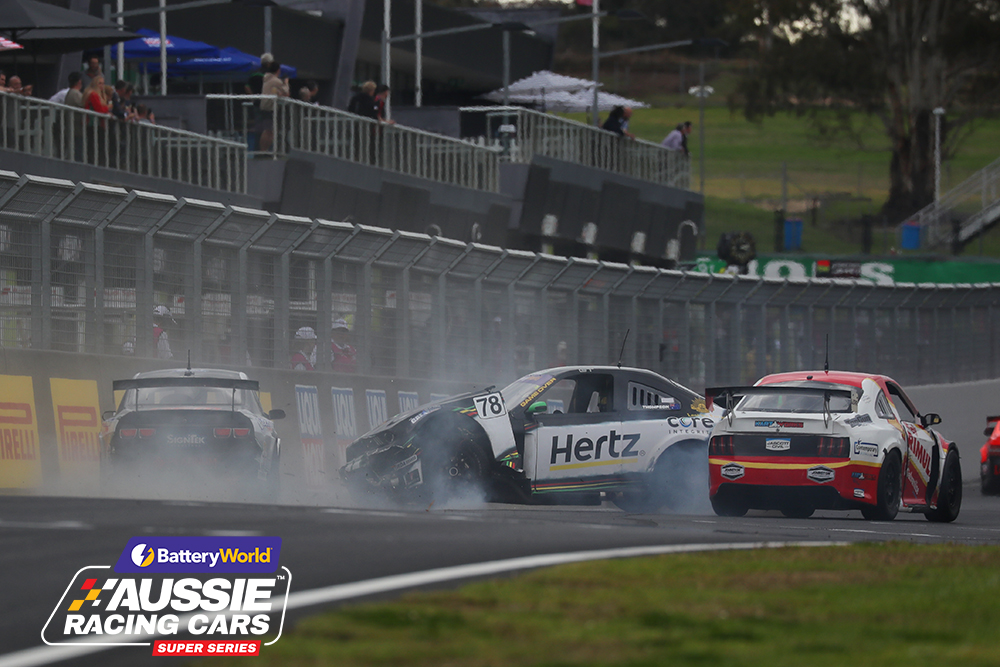 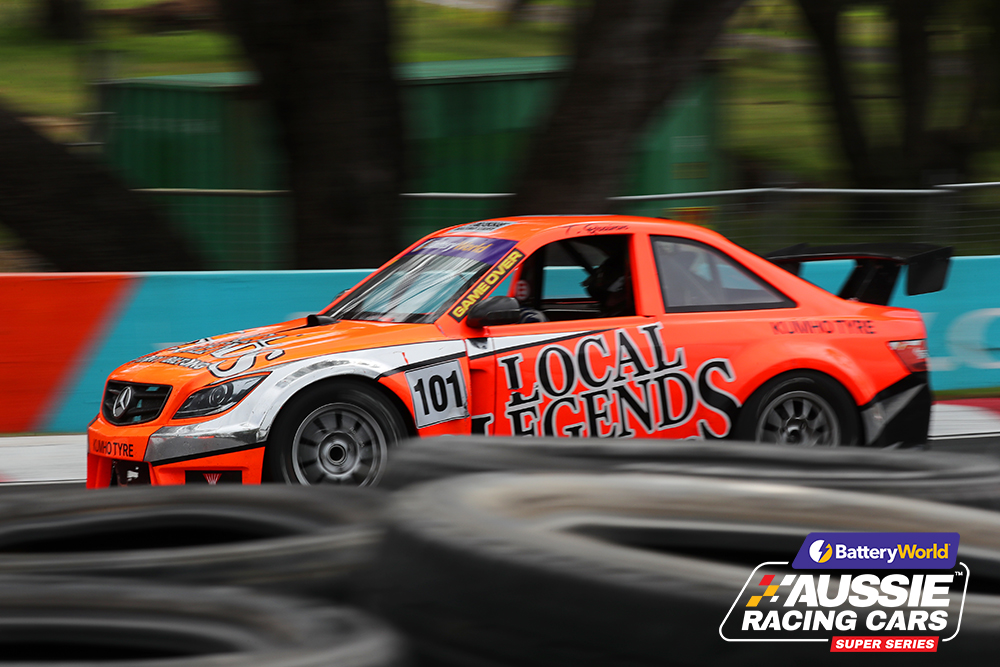 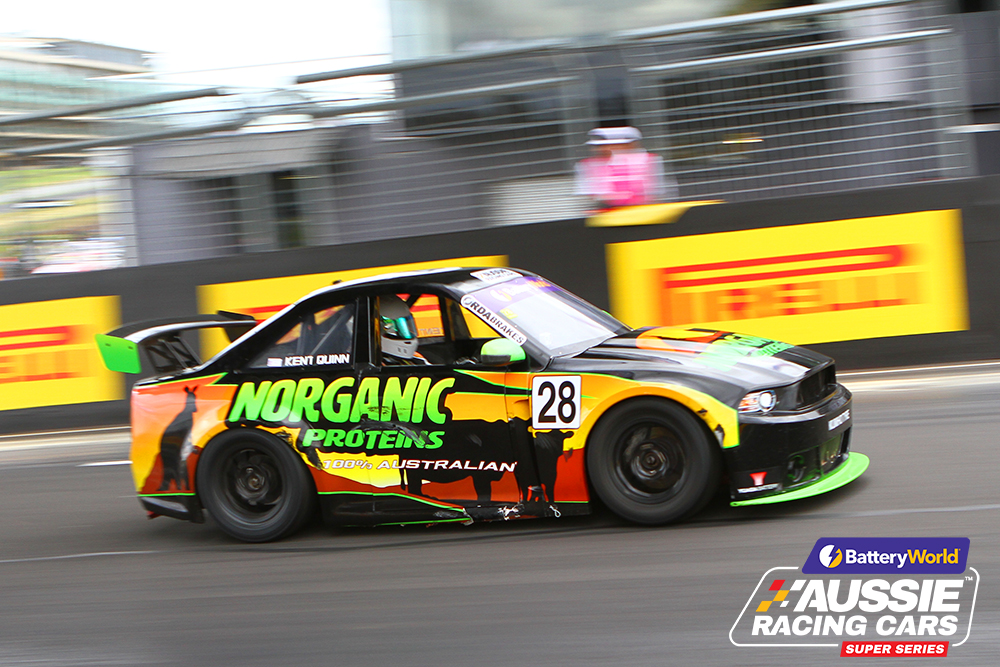 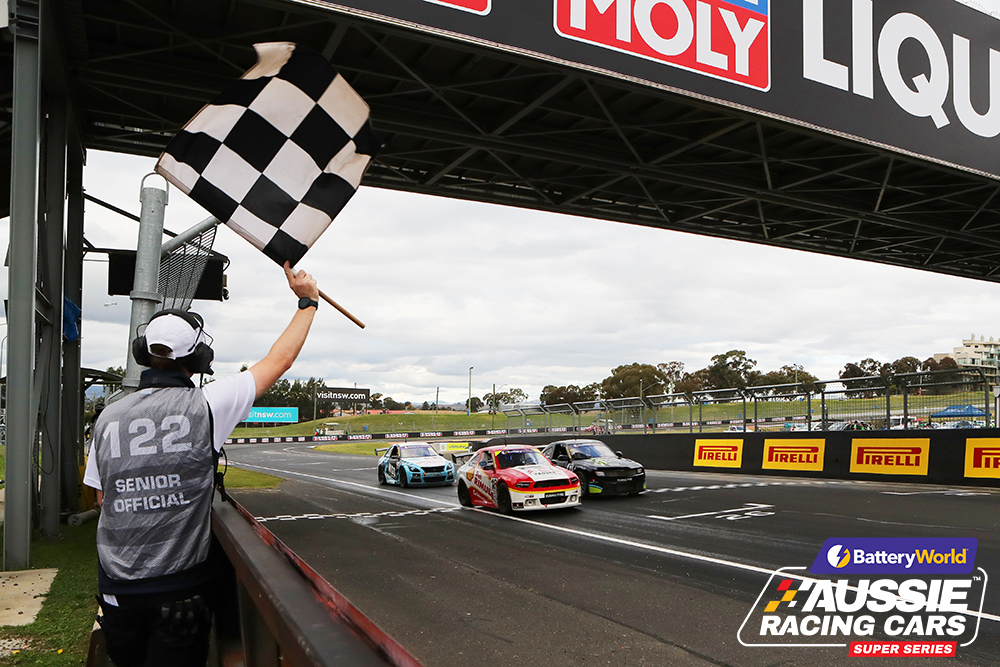 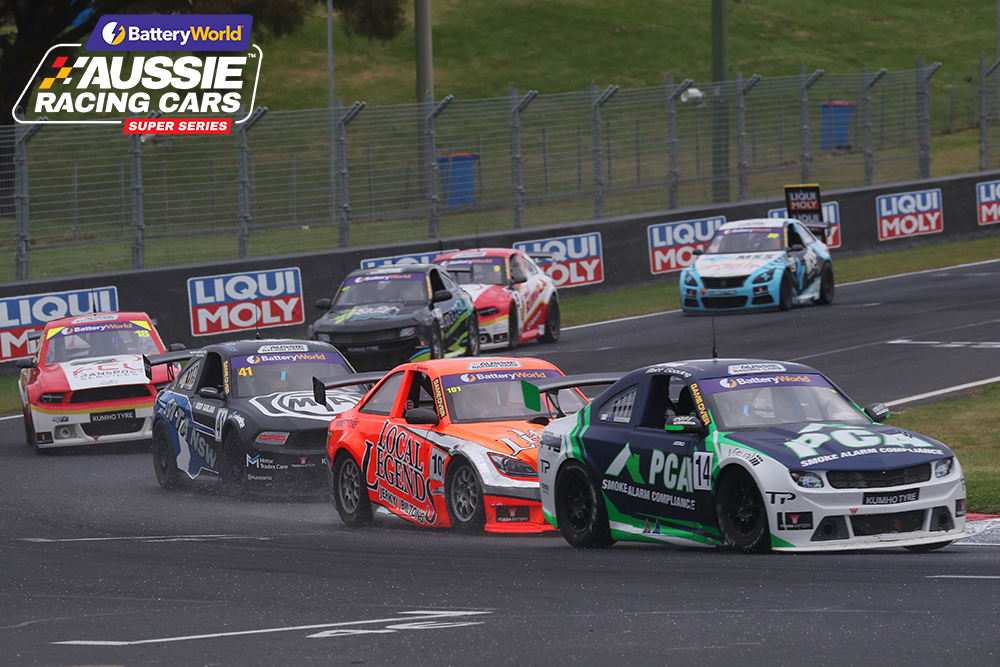 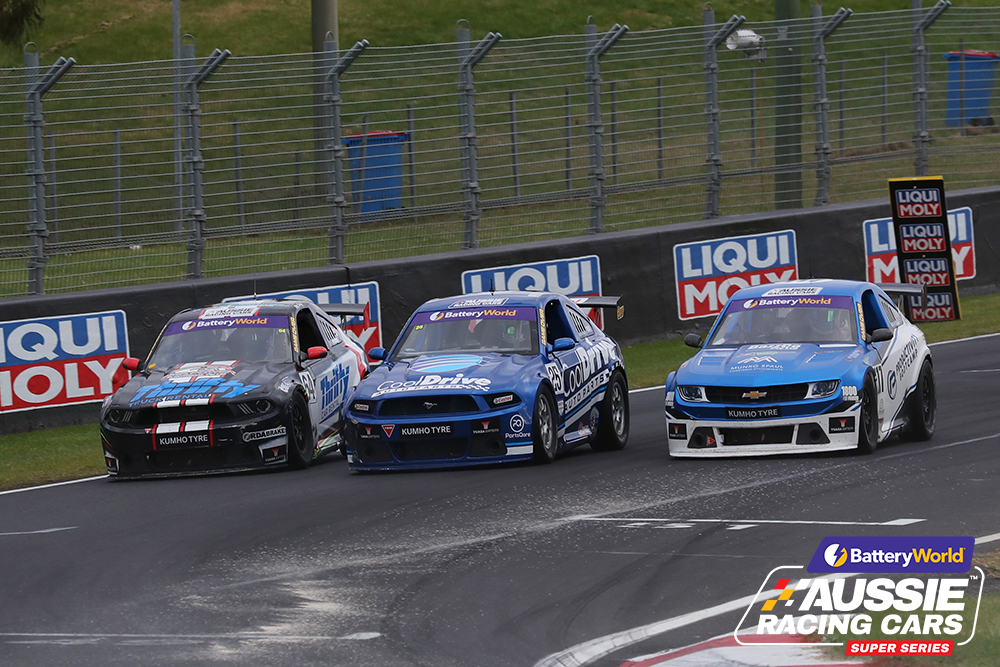 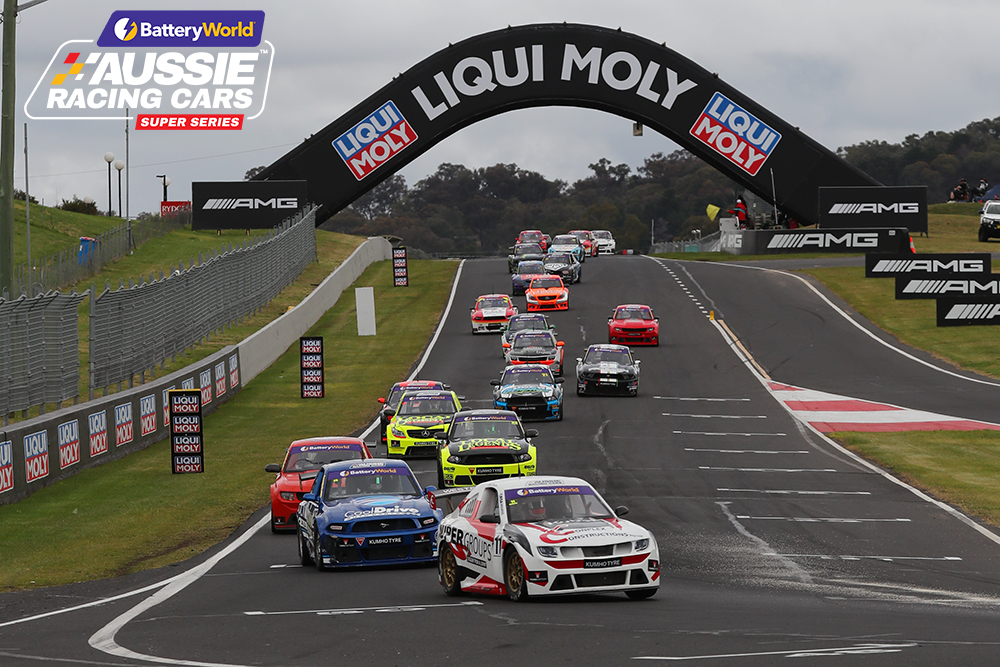 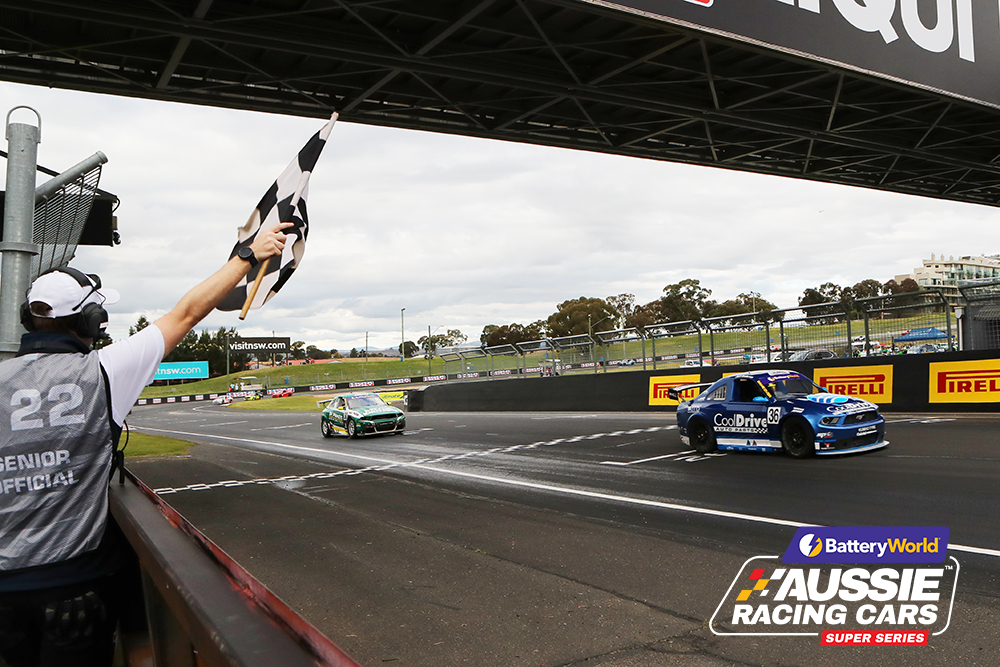 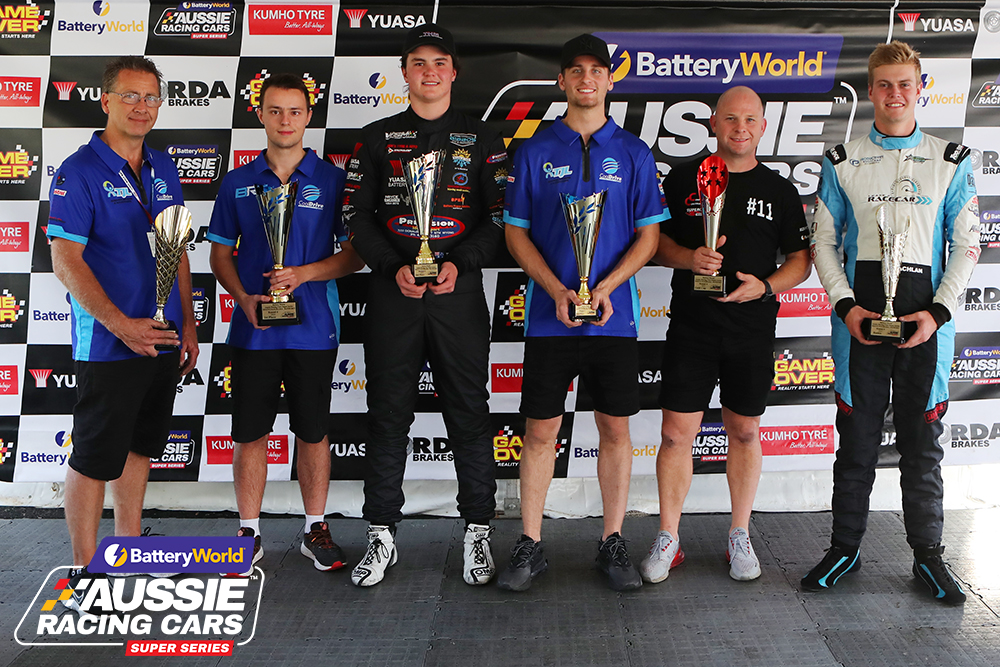 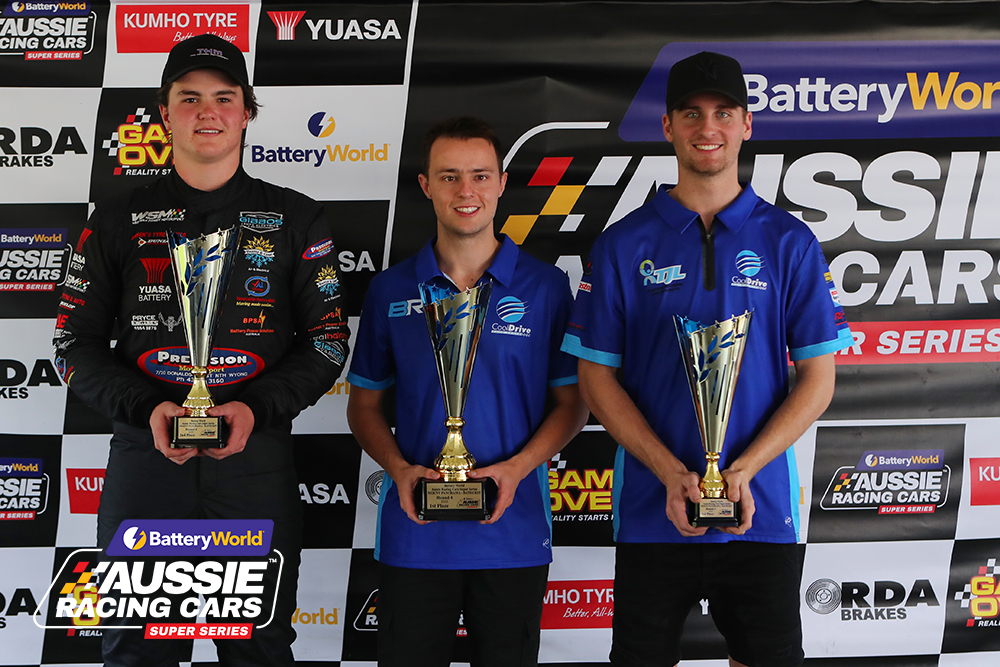 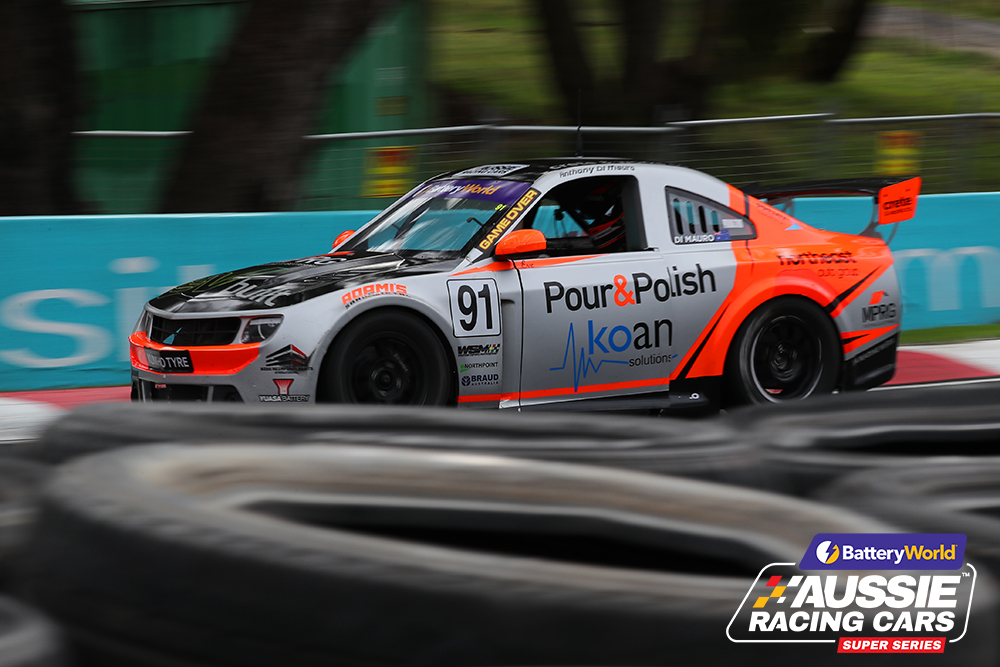 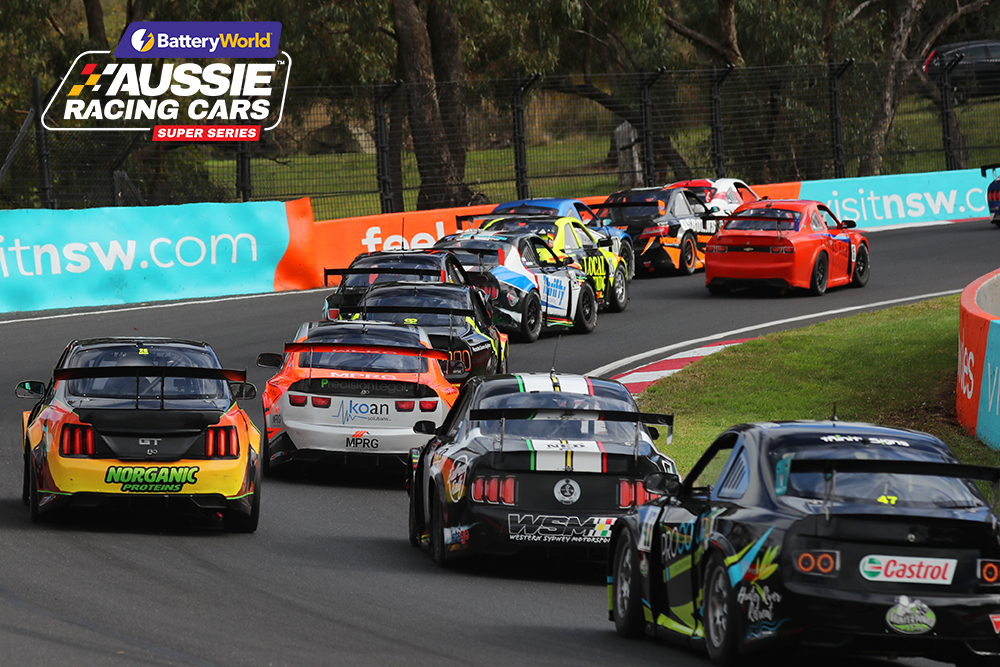 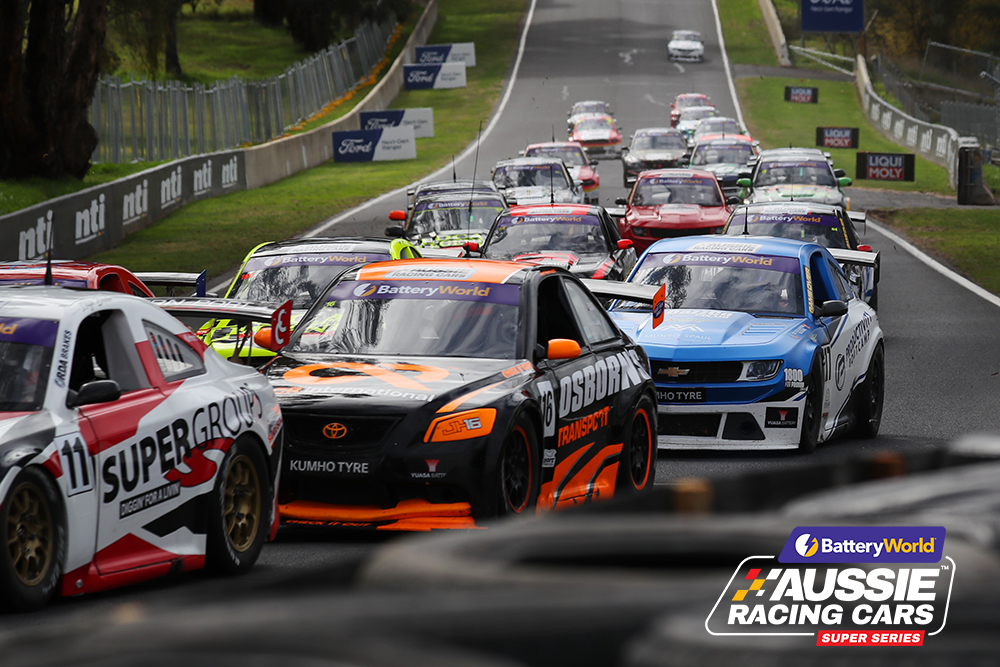 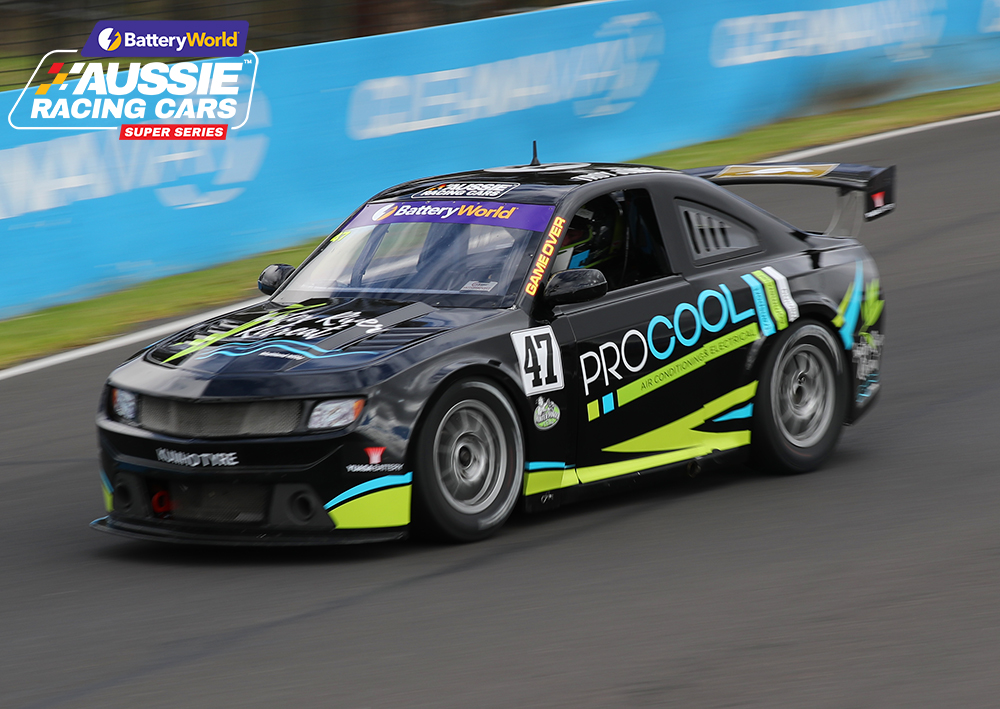 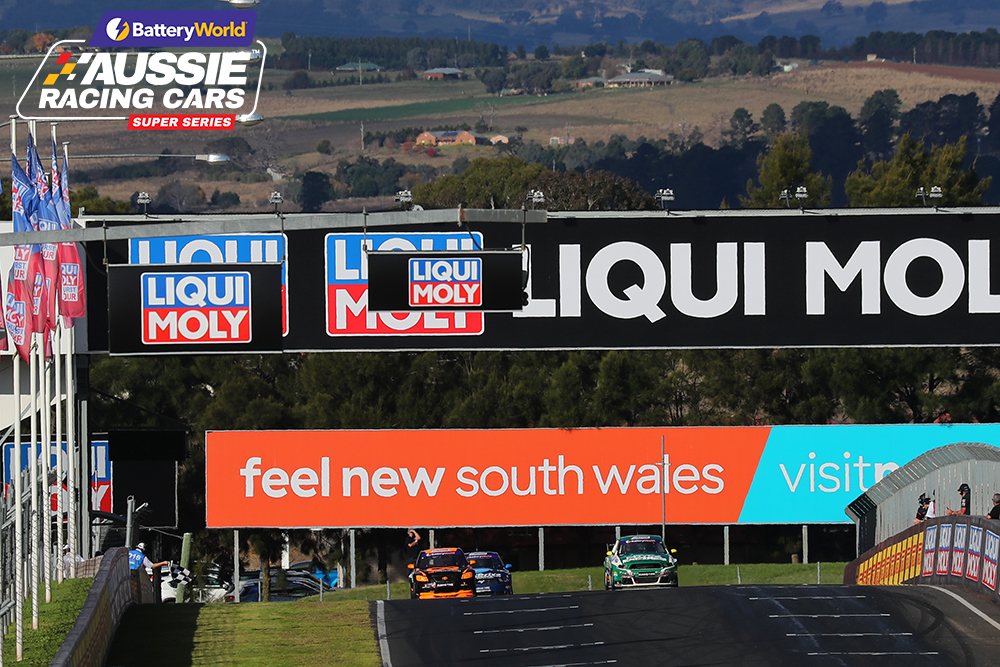 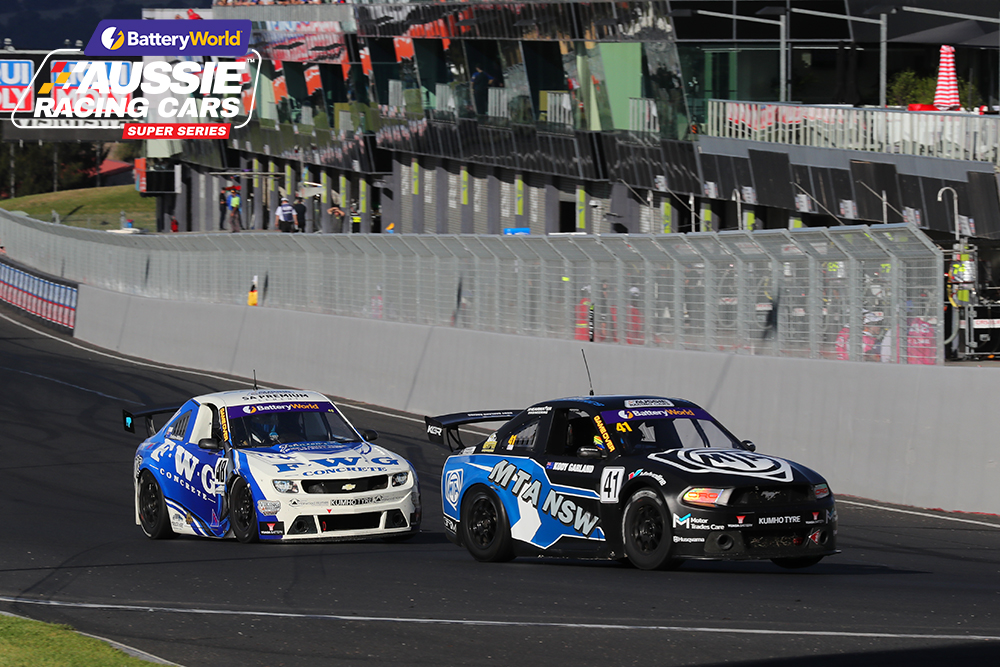 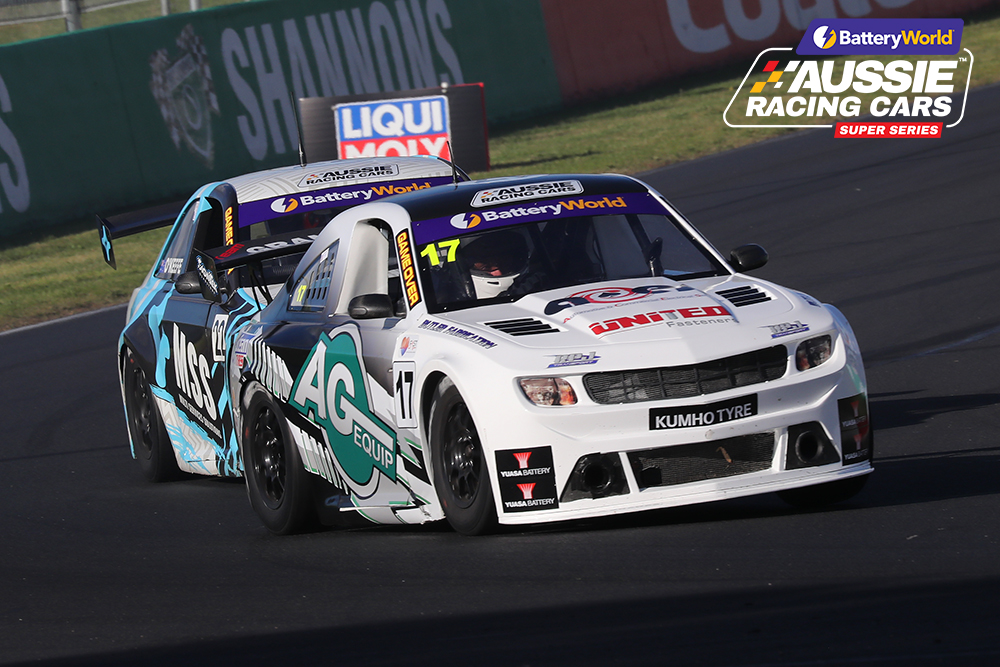 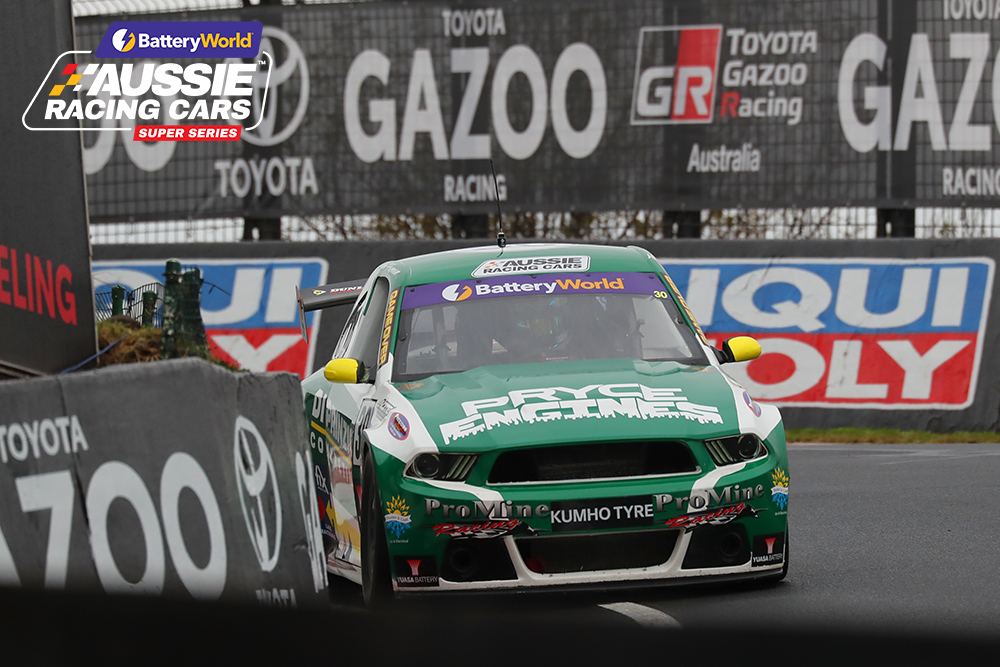 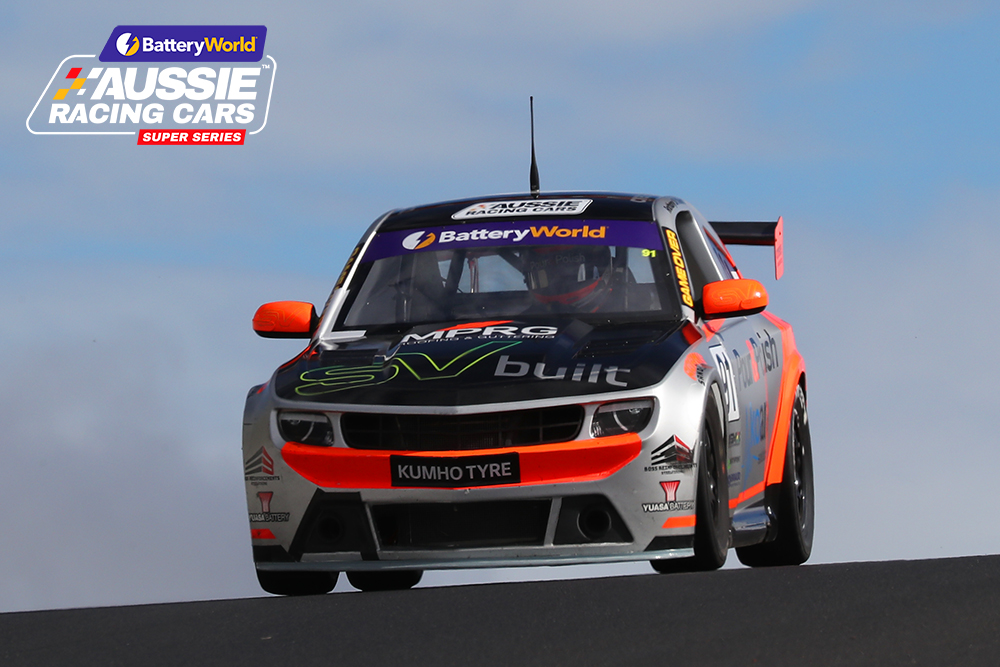 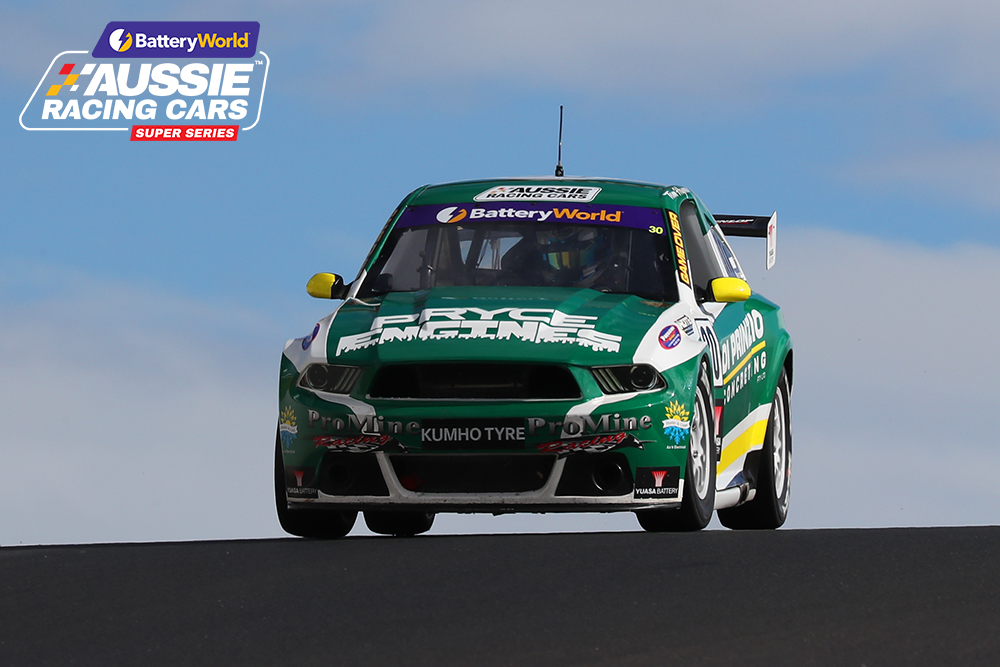 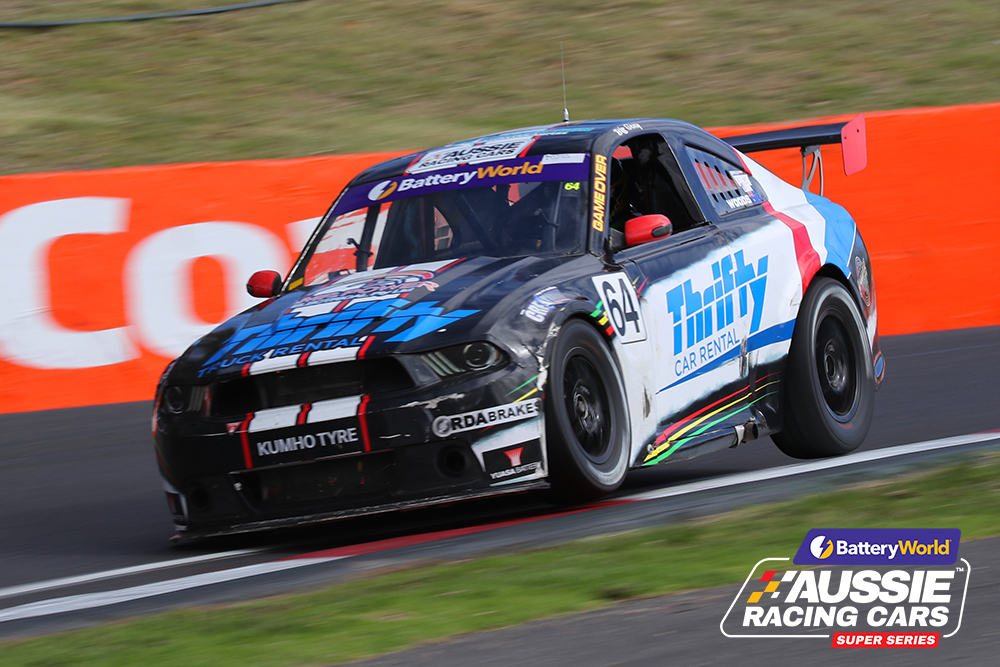 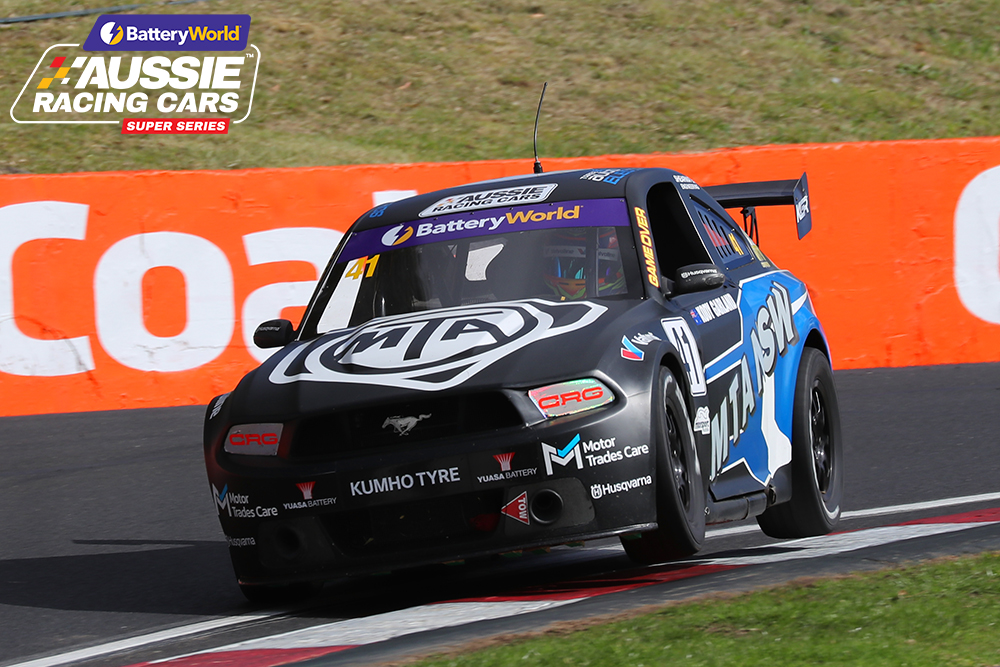