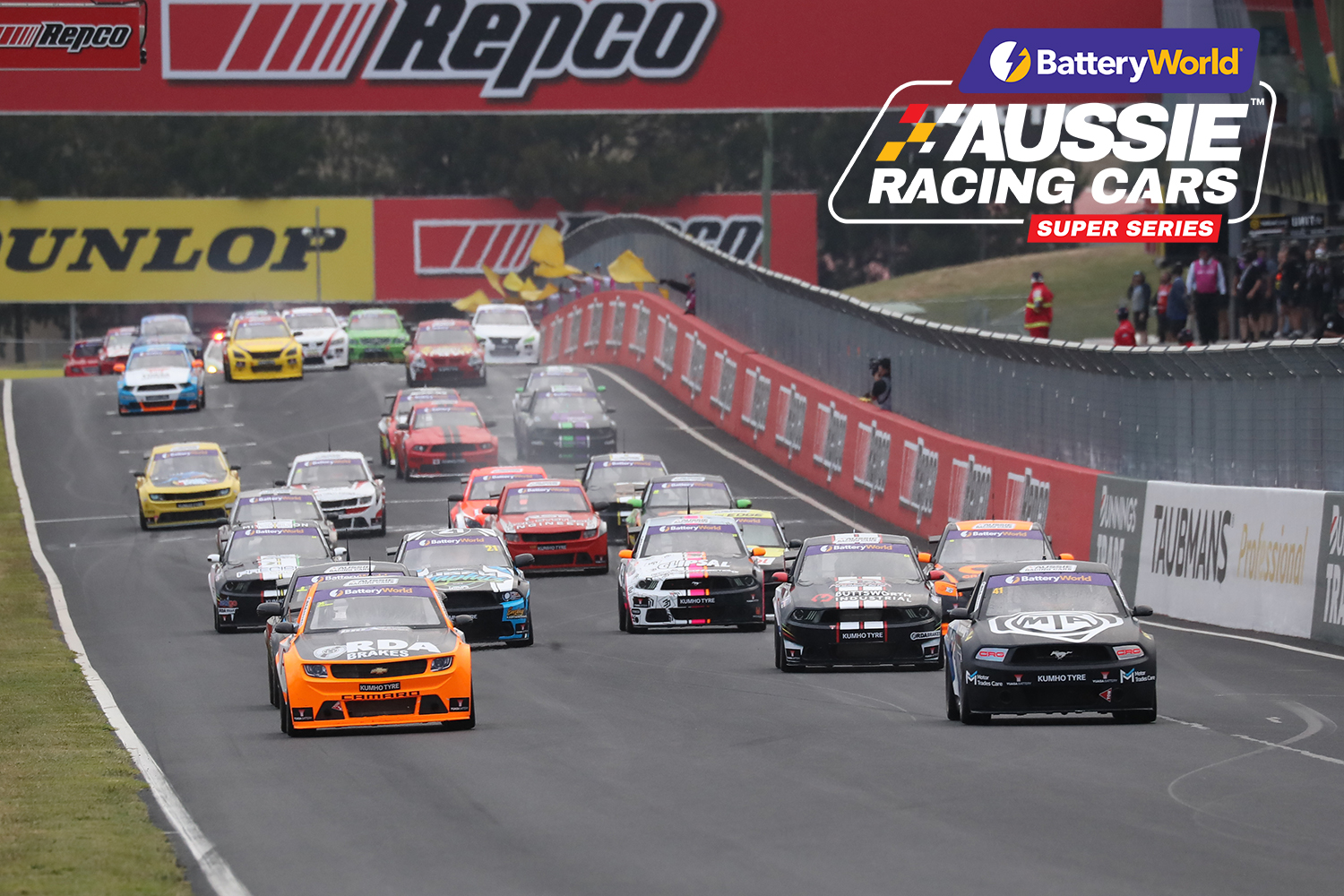 It is without a doubt the first round of the Battery World Aussie Racing Cars Super Series was one of the best race meetings the category has had in a few years, especially after the 2020 season being cancelled.

The Aussie Cars had the biggest number of entries of any class racing at the mountain! The pocket rocket racing was by far the best of any class as well, and to go the whole weekend without a single safety car is a credit to all of our drivers. The racing was exemplary, and if you combined this with one of Australia's toughest tracks, plus a third of our drivers have not raced there it was truly amazing!

Here is the list of winners over the weekend.

We are already looking forward to the second Battery World Aussie Racing Cars Super Series round at Symmons Plains in Tasmania 10-11 April.

It was a dog fight between Simmons (Mustang) and Craig Woods(Mustang) for the win as they exchanged the lead on a couple of occasions with Simmons on top in the end. Third went to Joel Heinrich (Cruze) who was fourth early.

When Heinrich moved up a place on the second place, it left Josh Anderson (Camaro) to battle with Kody Garland (Mustang) who started tenth and quickly elevated himself to fifth. In the end the latter finished a close fourth with Anderson just behind.

Next was Kyle Ensbey (Mustang) well clear of an ongoing battle where John Steffensen (Mustang) held off Leigh Bowler and Adam Clark in their Camaros. Tenth was Tom Hayman (Camaro) after Tony Quinn (Mustang) was penalised five seconds for a start line infringement.

As a result the latter dropped to 14th behind Matt Forbes-Wilson (Camaro), Craig Thompson (Mustang), and Reece Chapman (Camaro).Quinn was replaced ahead of a tight group that consisted of his son Kent Quinn (Aurion), Matt Nolan (Mustang) and Courtney Prince (Mustang).

In overall placings it was Simmons ahead ofWoods, Heinrich, Anderson, and Garland while Ensbey and Steffensen were next onequal points.

Race two of the Battery World Aussie Racing Cars Super Series on Mt Panorama was a battle of four before Nick Simmons came through for victory.

Josh Anderson (Camaro) led the opening two laps before Simmons (Camaro) was able to work his way by and into the lead. Joel Heinrich(Cruze) who was fourth at the end of the first lap, systematically overtook Craig Woods (Mustang) and then Anderson.

Over the concluding laps, Heinrich put the pressure on Simmons, but the leader would not relent and went on to win. Woods ultimately passed Anderson and the two were bumper to bumper at the chequered flag.

They finished well clear of Kyle Ensbey (Mustang) who managed to nab John Steffensen (Mustang) in the closing stages. In seventh place was Tony Quinn (Mustang) who was embroiled in a multi-car battle throughout.

In the end he was able to show the way home to Craig Thompson (Mustang). Just behind them race one winner Kody Garland (Mustang). He started from pit lane after an engine change between races. It was a great charge, as he fired up the order to tenth.

Kent Quinn (Aurion) and Adam Clark (Camaro) with front splitter damage, were locked together in 11th and 12th and just in front of Matt Nolan (Mustang) and Courtney Prince (Mustang).

Nick Lichtenberger was one of three non-finishers when his Altima fired off in the Chase. Reece Chapman (Camaro) had further dramas after his first race DNF, and Pawel Faber completed just two laps in his Euro GT.

The second day of the Mt Panorama 500 began with race one of the Battery World Aussie Racing Cars Super Series where Kody Garland in his Mustang bodied racer recorded a lights-out to flag victory.

Garland won the opening race of round one ahead of 29 rivals, with a 5.2 second victory in what was a dominant performance, but he was lucky as his car broke a camshaft as it crossed the finish line.

“It was very slippery on the first lap and it was a matter of driving to the conditions,” he said after the race that started on a wet track and finished in dry conditions.

Second place was up for grabs throughout and after shadowing Craig Woods (Mustang) for two thirds of the six-lap journey, Josh Anderson(Camaro) found a way past to secure second place.

Finishing in ninth place was Kyle Ensbey (Mustang) who was fifth after the first lap, before he dropped to 16th with a harmless spin at the grate on lap two. He finished ahead of the Mustangs piloted by Craig Thompson, Courtney Prince, Matt Nolan, Aussie Race Cars boss Tony Quinn and Mark Griffith(Euro GT) in 15th.

The race did have casualties. Tom Hayman’s Mustang did not get off the line, and Ian Chivas (Altima) smacked the concrete after McPhillamy Park on lap four. Reece Chapman ran in fifth place after lap two and until his Camaro blew the engine. To finish off Ben Wilcox (Mustang) was another crash victim when he bounced off the wall at the grate on the last lap when seventh.

Fridays racing was delayed due to Fog and our scheduled was reset:

New Update: that’s the current view from the top of Mt Panorama- the fog rolled out and then back in again.

Our race weekend has had a change, we are dropping race one today and so it will be a three race meeting- practice is scheduled for 9:50am

and then qualifying at 2:35pm (replacing our first race) then two races Saturday and 1 Sunday. 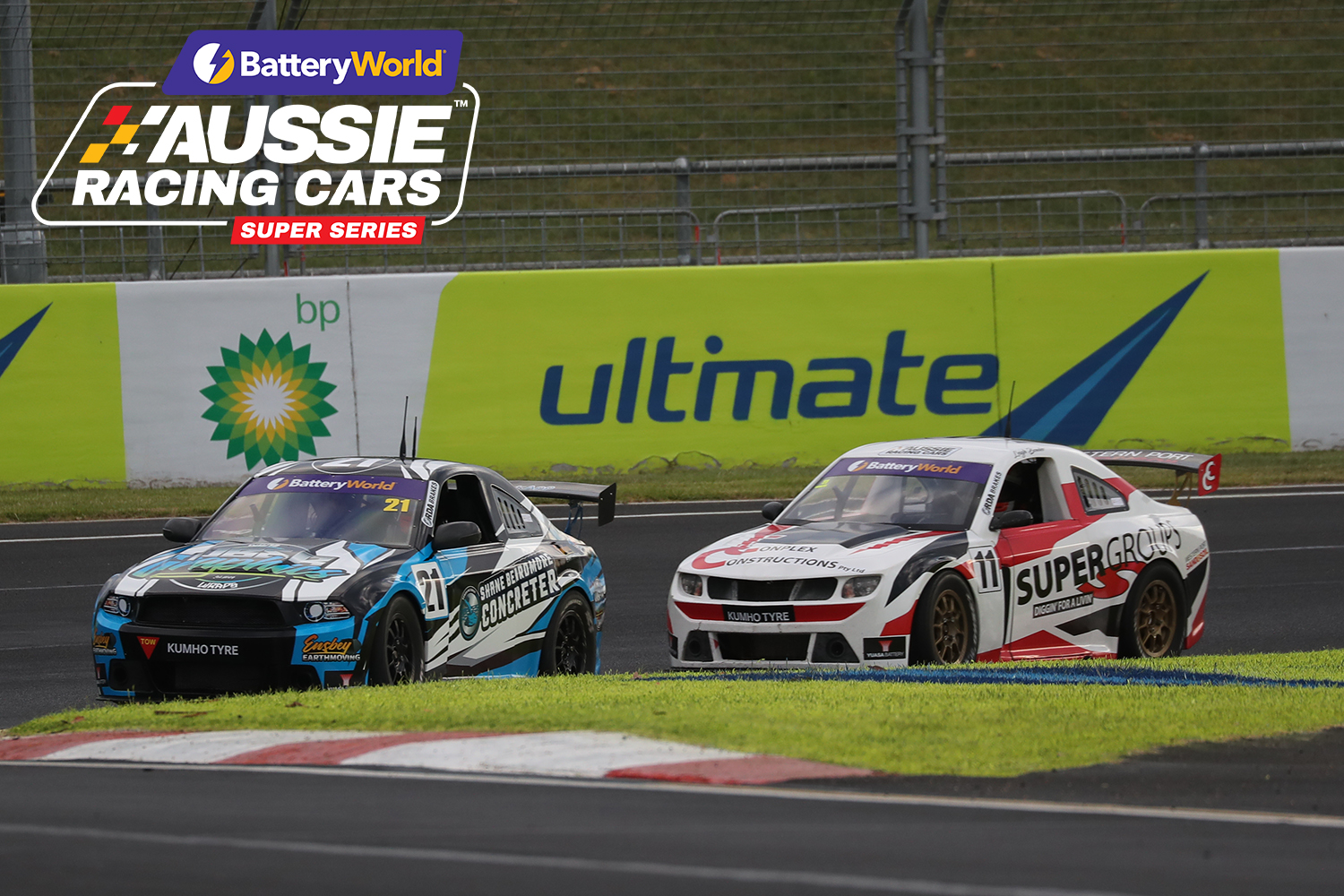 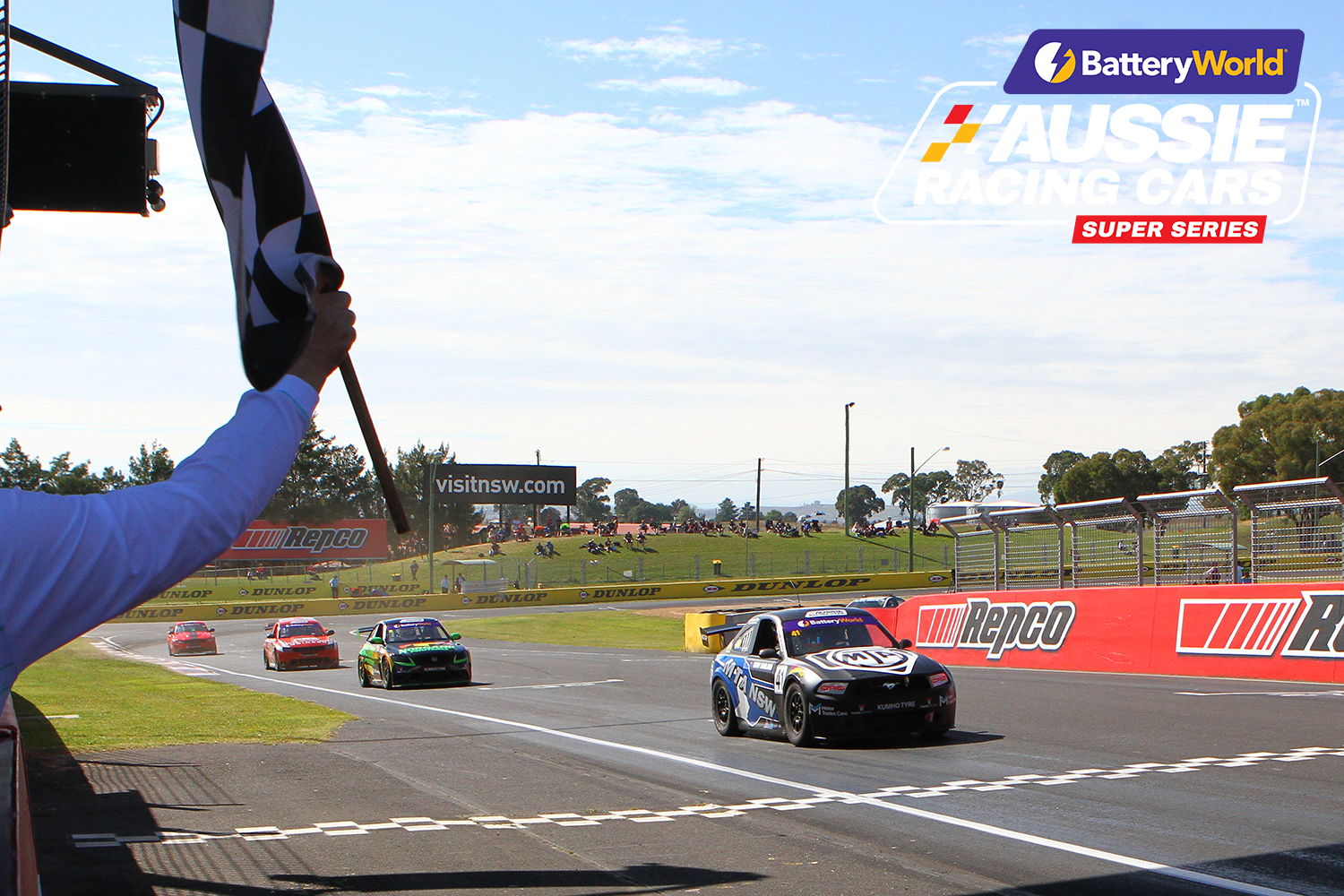 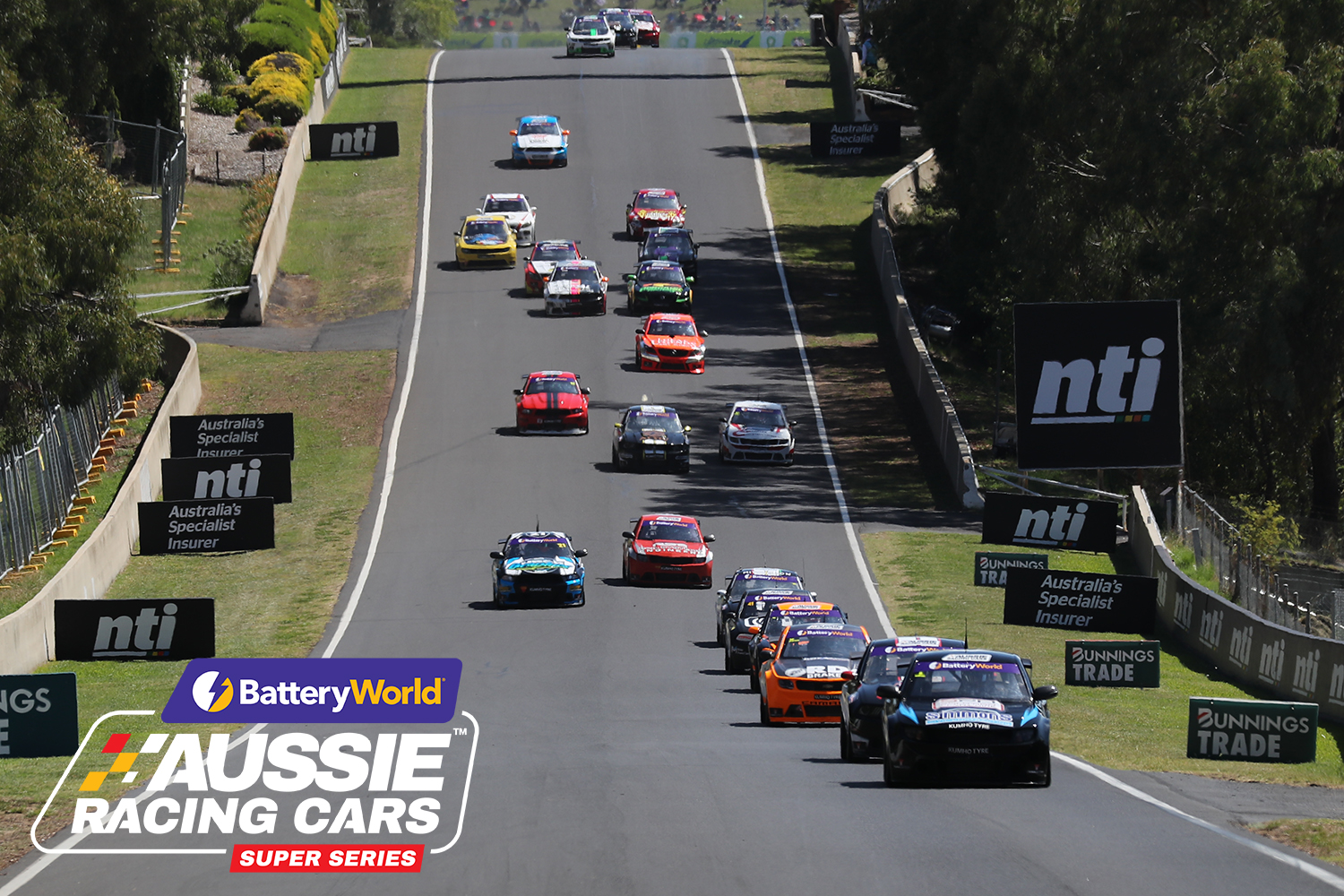 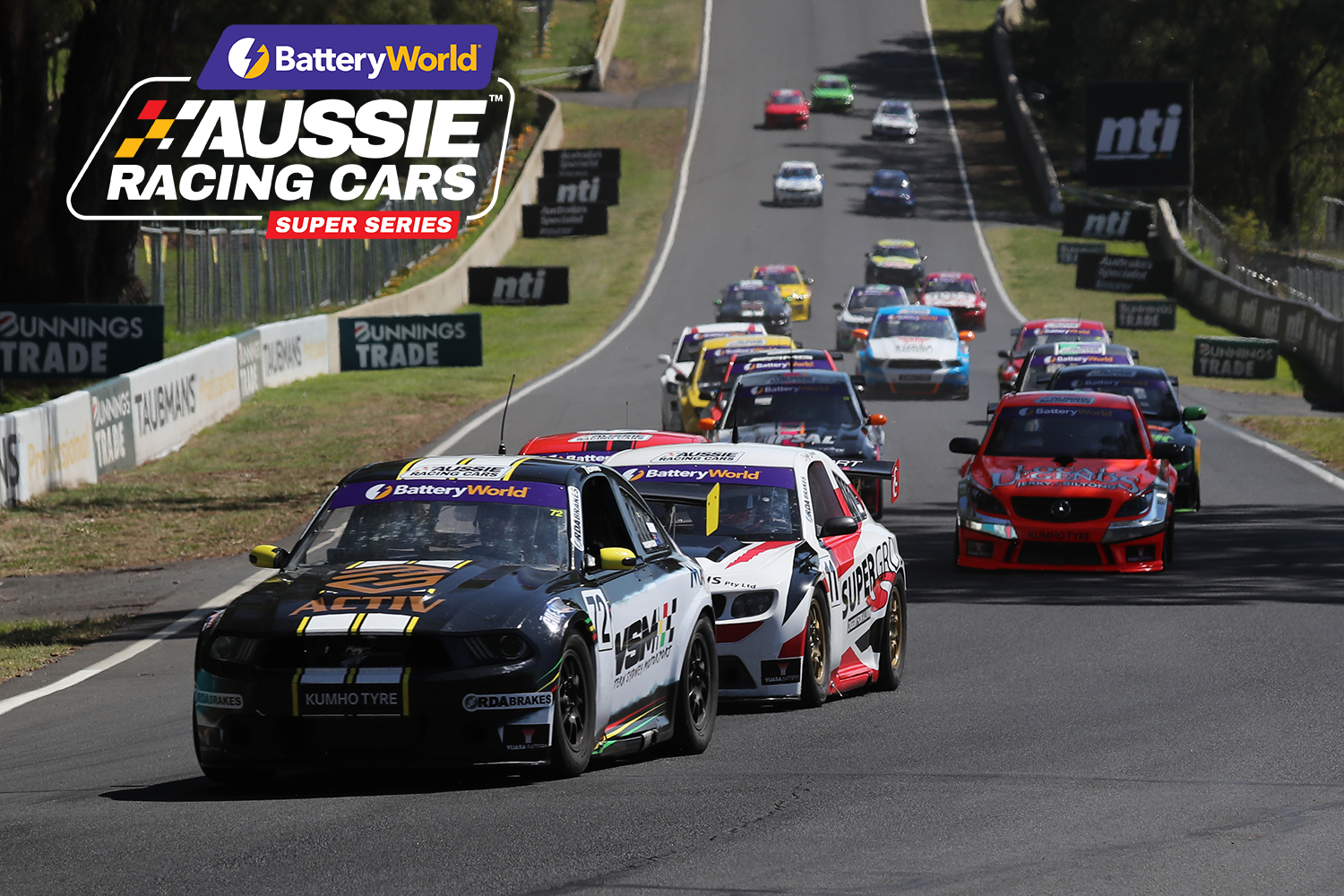 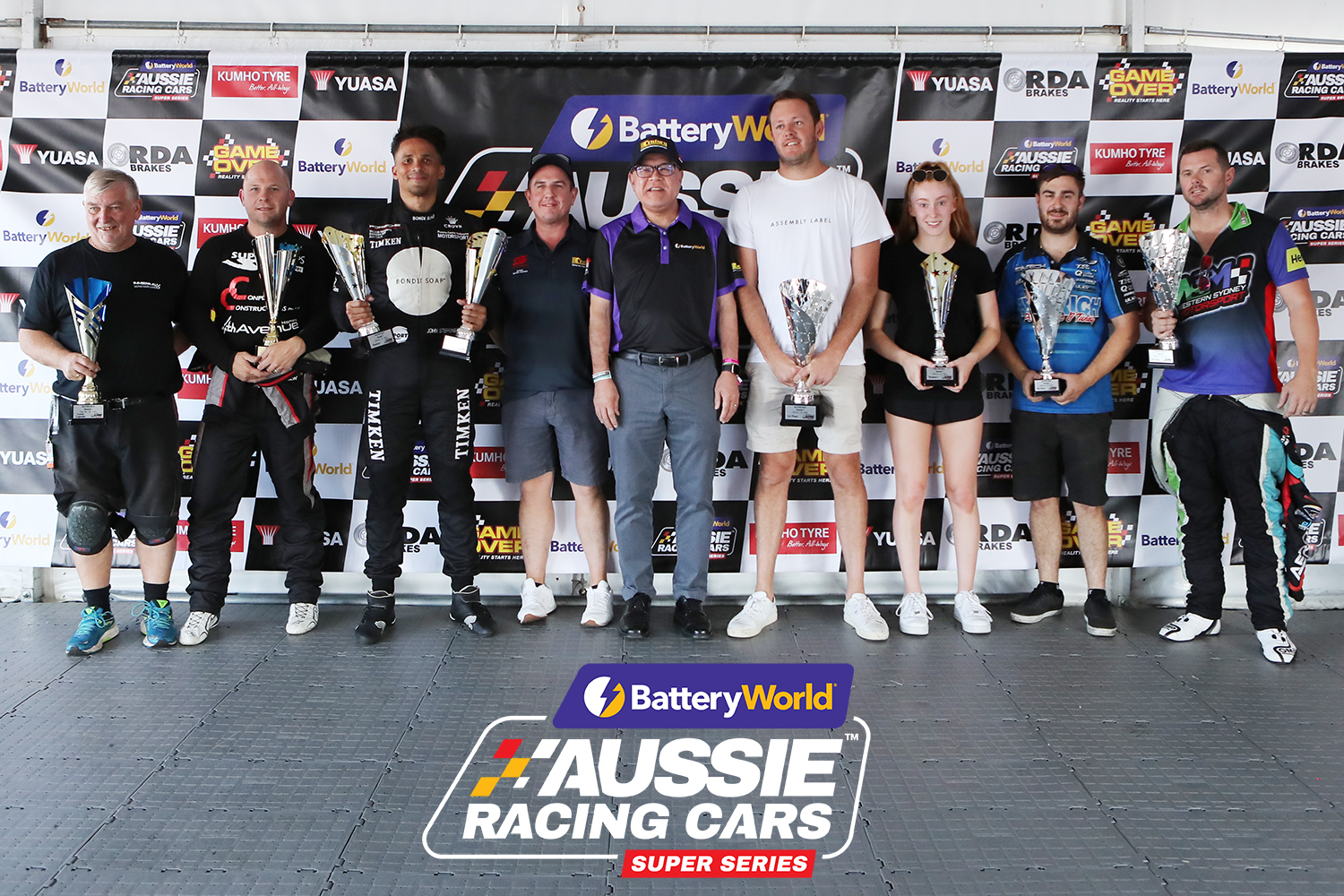 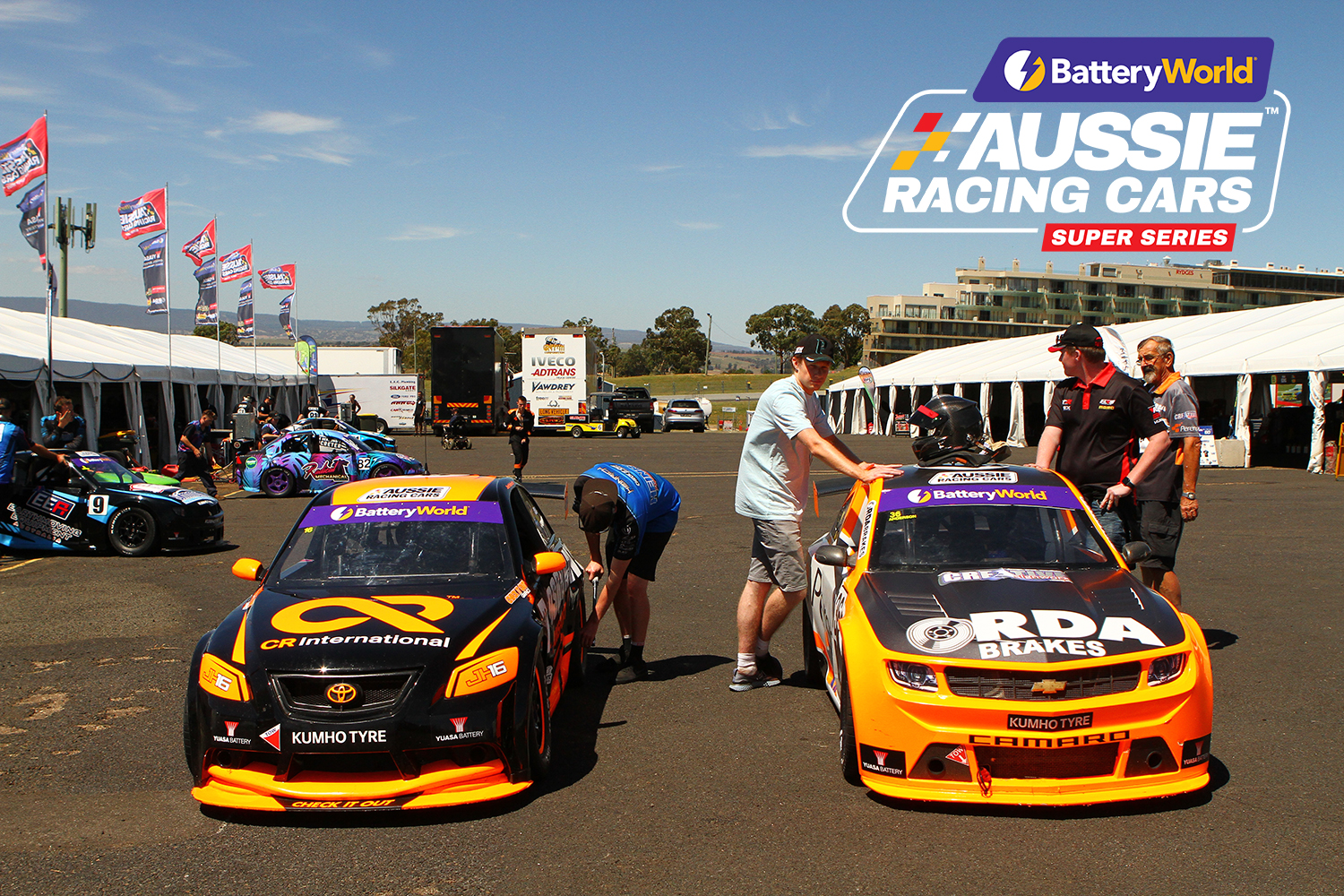 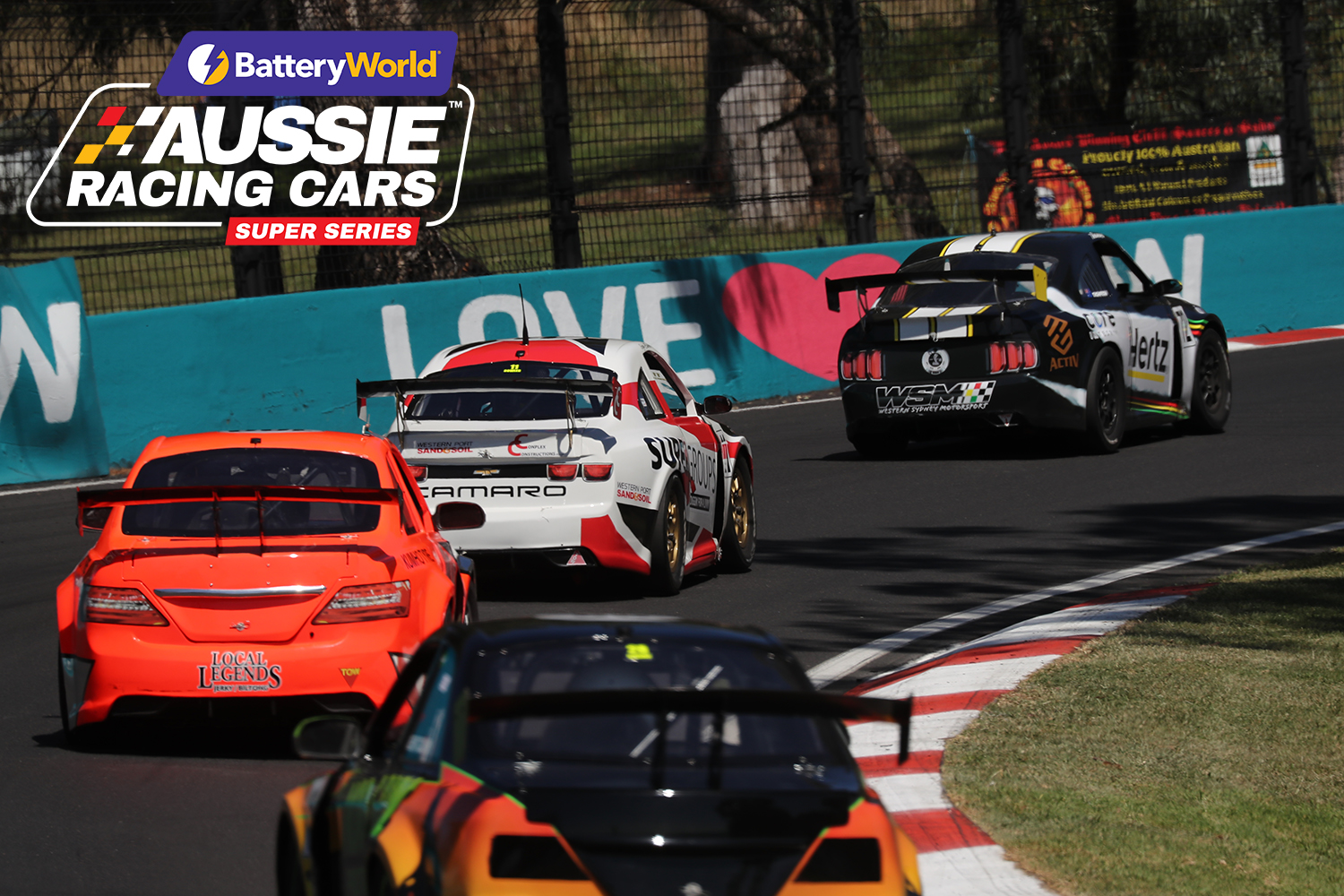