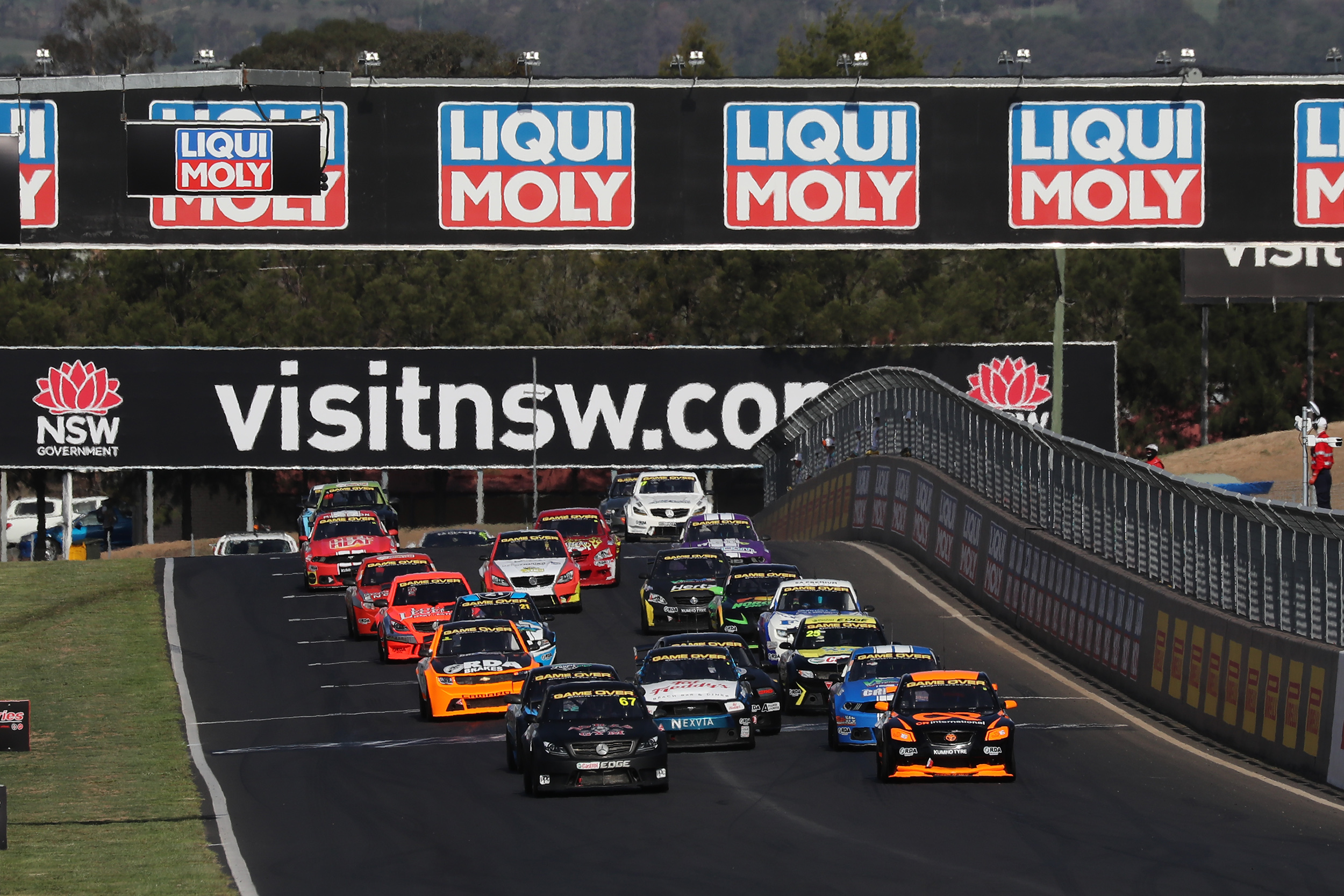 The first Aussie Racing Cars round for the 2020 Championship was at the Bathurst 12 Hour last weekend, below you can read all of our reports from the racing over two days.

In between those periods, the lead swapped between Heinrich (Cruze) and Morris (Altima) a couple of times before the 2018 champion Heinrich was ahead after the last resumption and held on to win the shortened event.

Woods (Mustang) had the better of Nick Simmons (Camaro) after he had been better at the last restart. Ben Walsh (Mustang) was next ahead of Kody Garland (Mustang) and Reece Chapman (Camaro).

Josh Anderson had qualified his Camaro on the front row but stalled at the start, resuming at the behind the field before firing back up the order to finish eighth. Next was Matt Forbes-Wilson (Camaro) with Kent Quinn (Aurion) tenth ahead of his father and category owner Tony Quinn (Mustang).

The first safety car came on the opening lap when Grant Thompson (Mustang) crashed on the top of the mountain, and second when Jaiden Maggs (Camaro) and Pawel Faber (Camaro) came into contact.

THE SECOND race ran safety car free and was led early by Morris ahead of Heinrich. Third placed Simmons moved to second and took the lead away on lap two with an audacious move in the esses.

But he would have drama shortly after was slowed with an issue, finally finishing 19th. Just 0.9 seconds covered the top eight and Woods emerged out of the pack and was able to grab the lead and held it to the end. Morris was third ahead of Heinrich, Walsh and Garland.

Then followed Matt Forbes-Wilson (Camaro) ahead of Chapman, Ensbey and Kent Quinn. Tony Quinn retired to the pits before the race’s conclusion while Craig Thompson crossed the line 14th with a blown engine. He suffered the same fate in qualifying.

Josh Anderson Racing has had his break through win in the Aussie Racing Cars taking race 3, the reverse grid race here at Mount Panorama during the Bathurst 12 Hour event.

Reece Chapman had the jump on the field at the start and lead over the first lap by a size-able distance, but on lap two he lost 1.5 seconds which saw Paul Morris soon reel him in and take the lead, fast charging Anderson gathered them all up on lap 3 to take the win with an eventual 6 second gap to second placed Morris with Craig Woods #64 home third.

The Final Result after the Hearing (After Race 4)

After our final race at the LIQUI MOLY Bathurst 12 Hour we had the need for a Stewards inquiry after a couple of on track incidents, below are the results of the hearing, as well as the full weekend race results. At the time we knew that our round winner was Josh Anderson Racing and the results of the inquiry would not affect that, so we took Josh down to the Bathurst podium to get a shot, he had his first ever race and round win! Congratulations Josh. Get the full details below:

**Stewards Inquiry** from our Category Manager-Brad Ward.
As advised on Saturday, on advice from our race director, Ian Mayberry, the stewards of the meeting (John Leahy, Glenn Pincott, Trever Neumann, Matt Halpin) undertook an investigation into the two incidents below to determine if there was any breach of the rules. Following their investigation they concluded that there was no breach of the rules and no penalties would be applied. As such the results remain unchanged.

To provide some context, this decision was formed in light of a portion of car 67 being alongside car 3 and 41 in each respective incident (i.e. car 67 had an overlap in both cases). Refer Circuit Racing Standing Regulations (CRSR) Section 7.1 to 7.5

Round Results
Congratulations to our 2020 Bathurst Winner Josh Anderson and all of our Bathurst podium finishers: 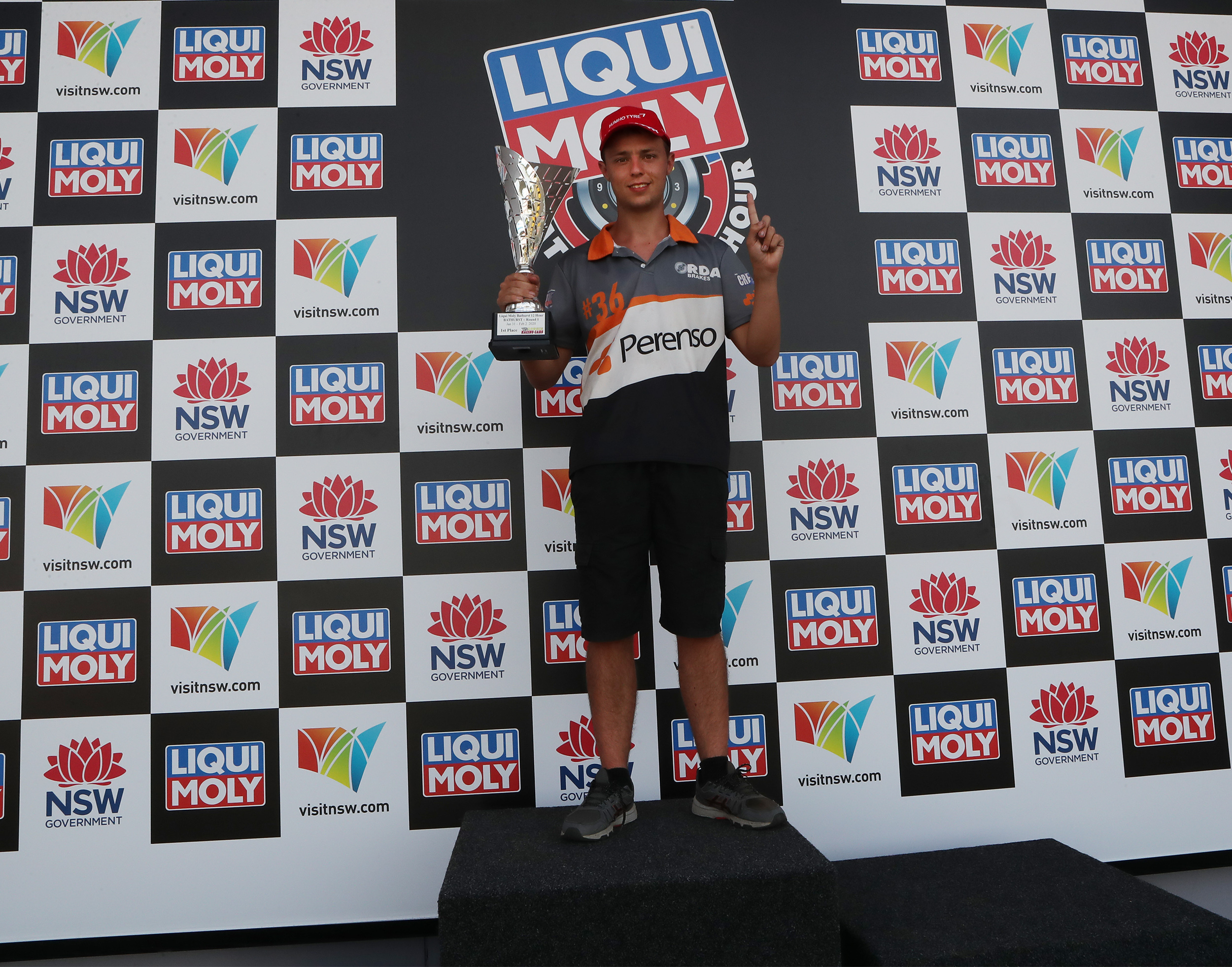 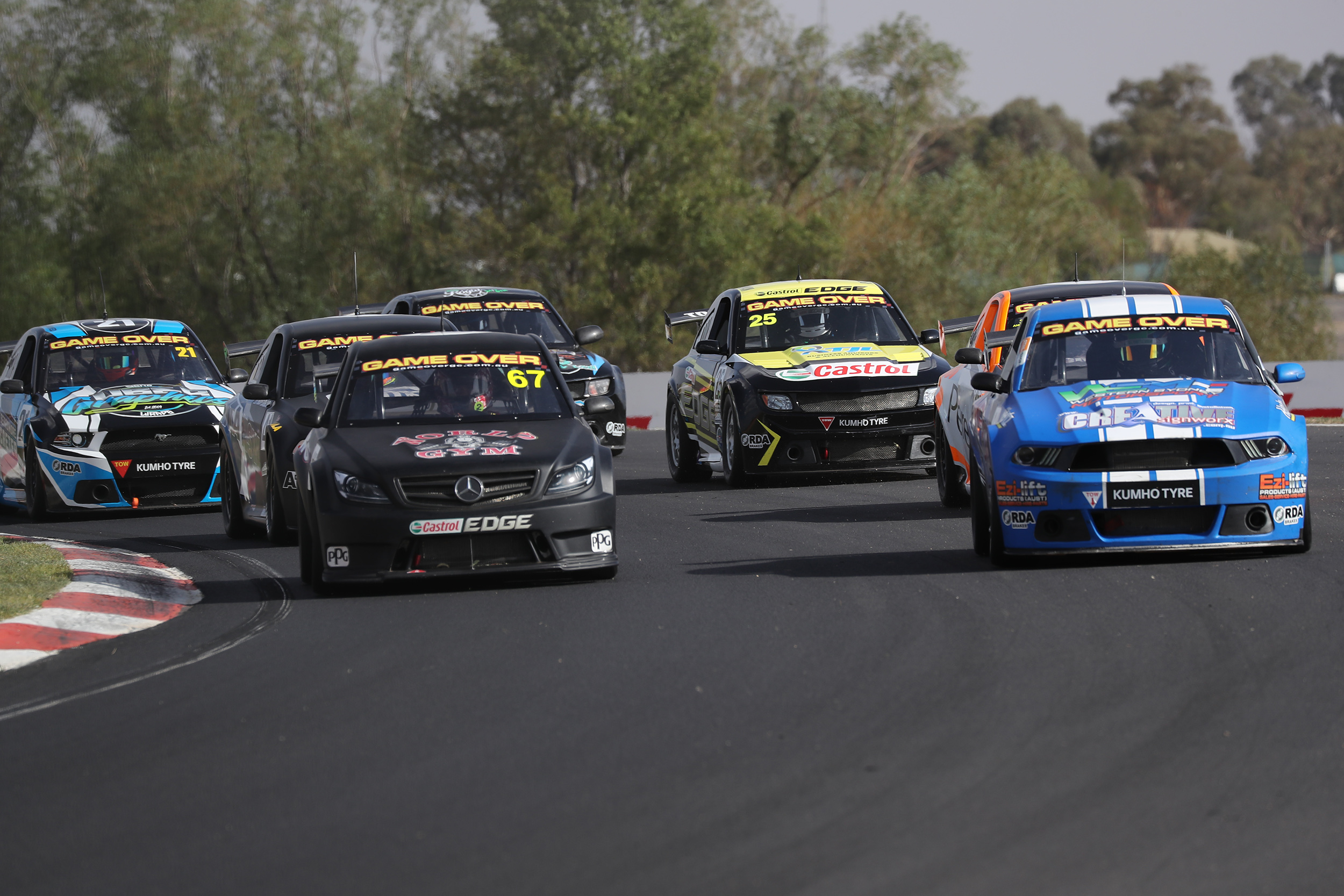 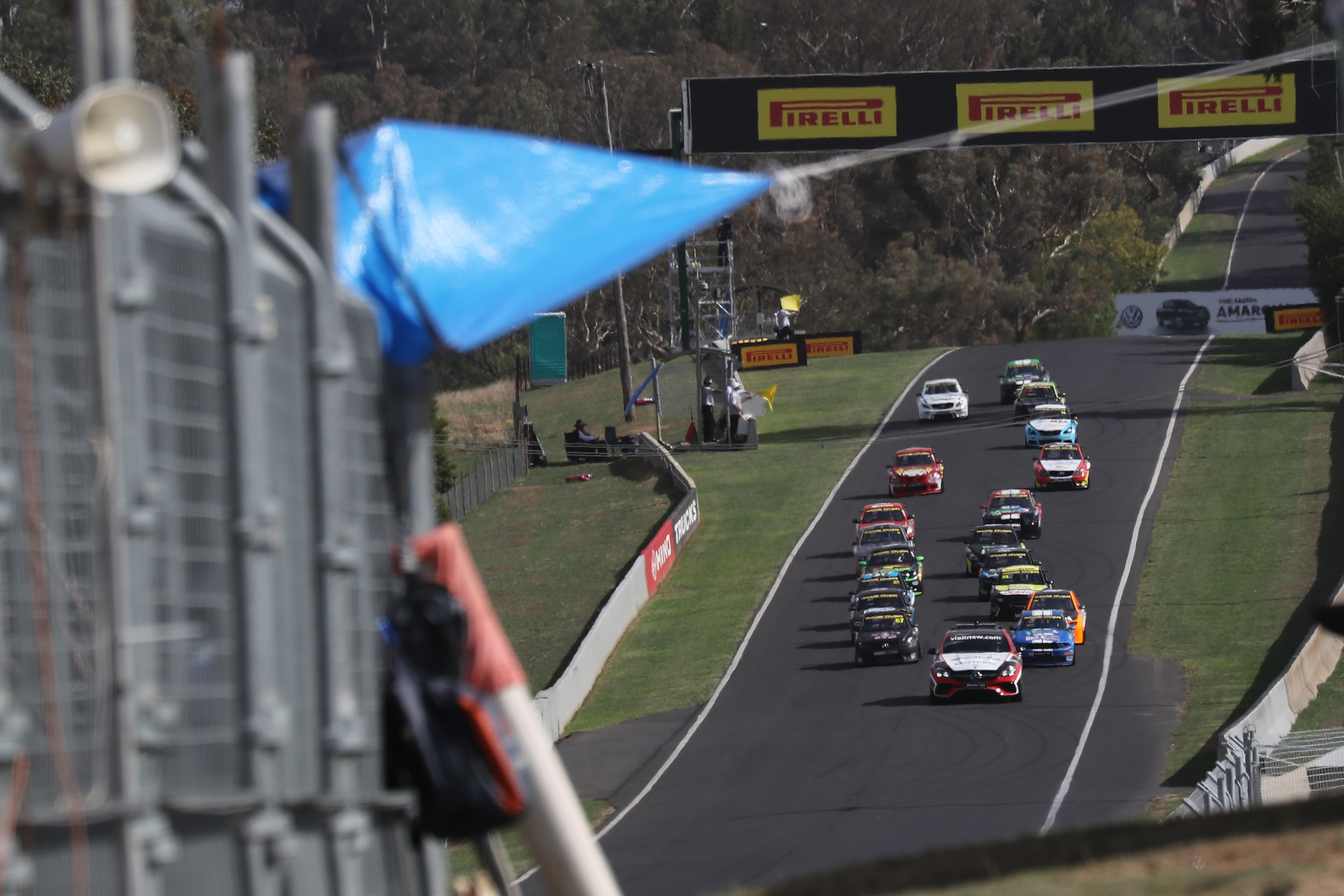 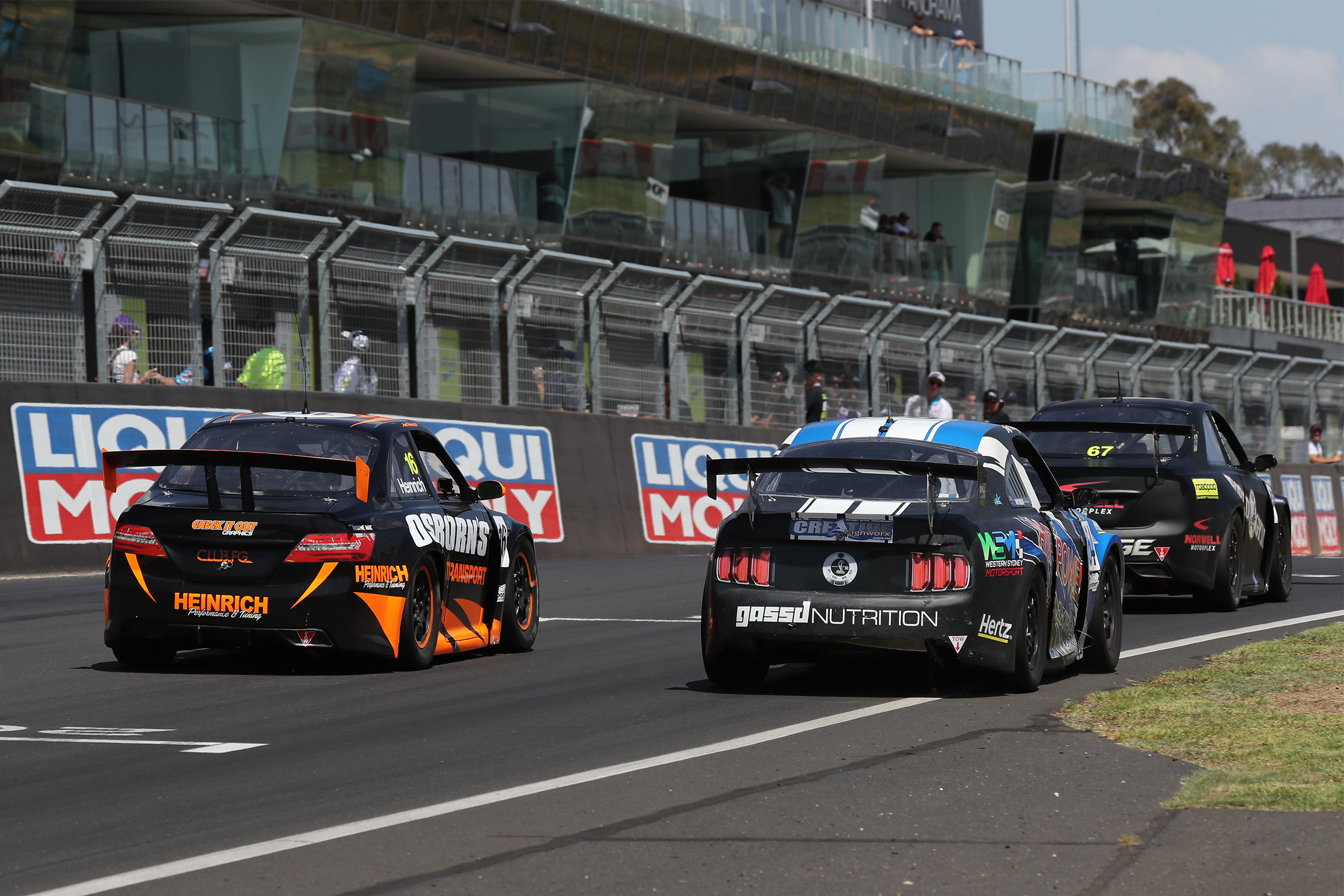 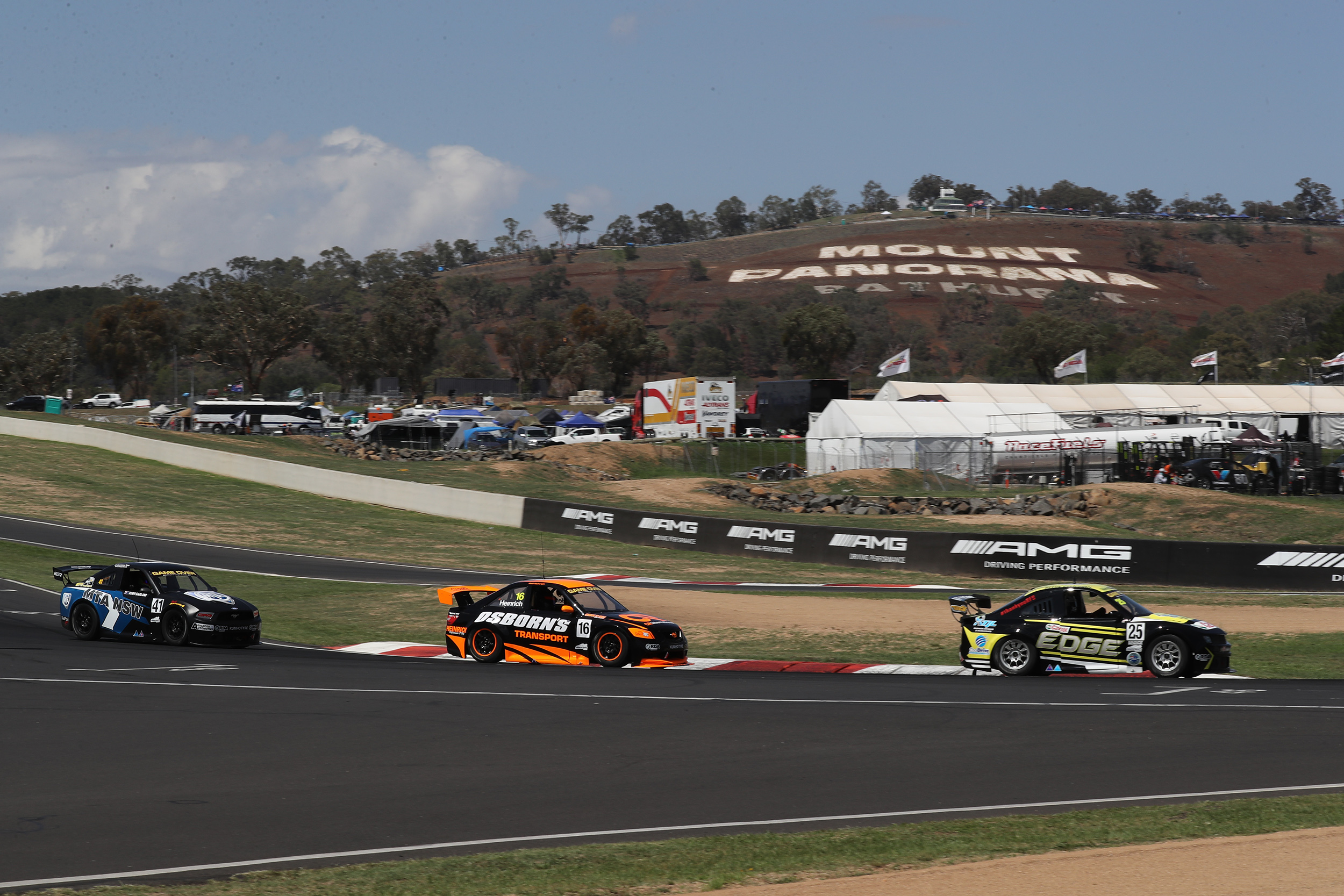