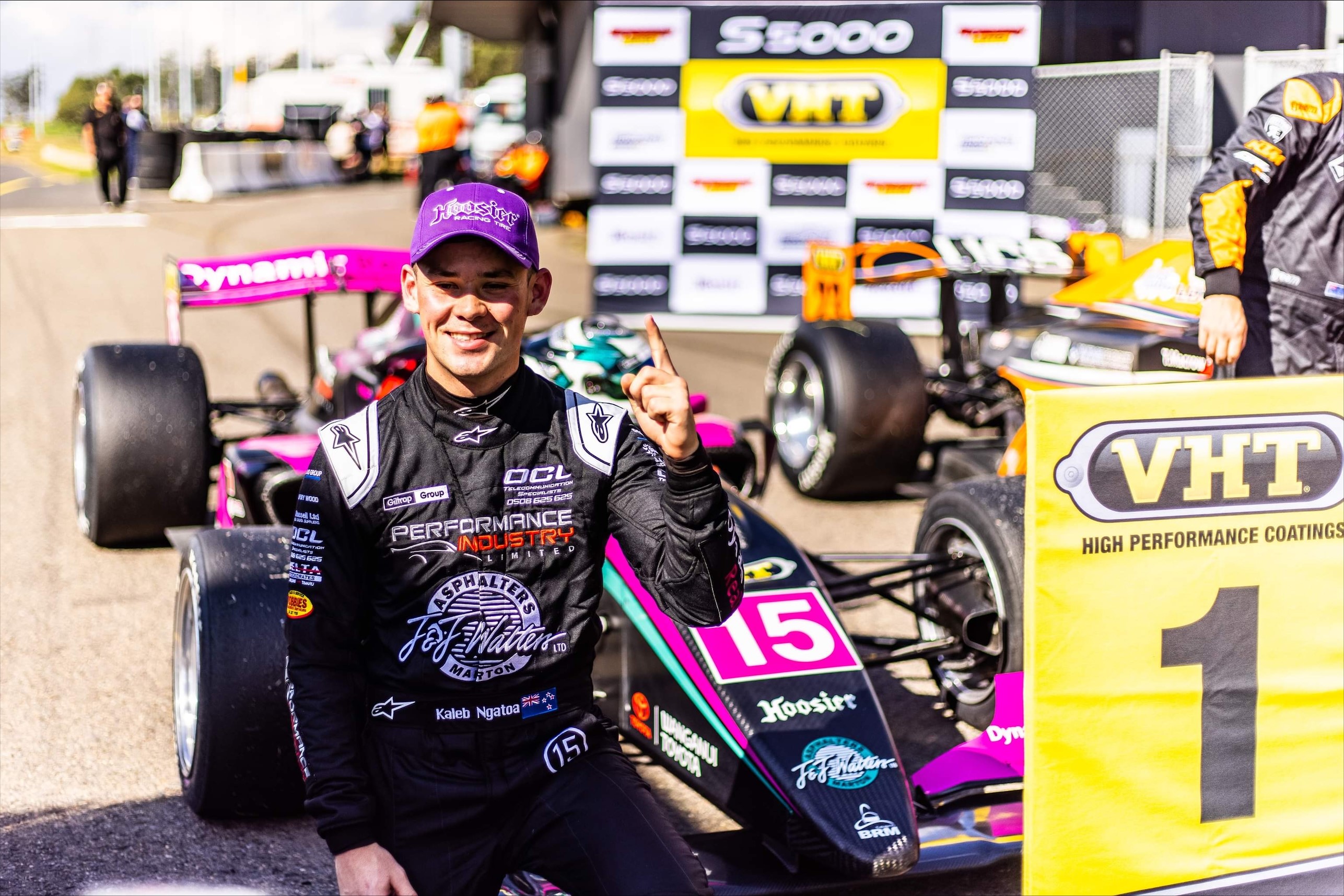 Kaleb is a well credentialed Kiwi racer having campaigned various open wheeler categories including the Toyota Racing Series of New Zealand and the Australian S5000 Series, most notably a masterful pole position at the 2021 New Zealand Grand Prix in the wet, against the likes of Shane van Gisbergen, Andre Heimgartner and Chris van der Drift.

Ngatoa would go on to claim second in the championship behind Matthew Payne which paved the way to secure a drive in the S5000 Australian Drivers Championship for the remaining 3 rounds in 2021 and 2022.

This is what Kaleb had to say after completing Test laps in the Local Legends Euro GT Aussie car that he’ll campaign this weekend:

"I'm really excited to join the Battery World Aussie Racing Cars Championship for a round at Symmons Plains. It's a really cool opportunity to be able to jump in one of these awesome little race cars.  I’ve watched them many times and they always looked like heaps of fun.  I did a test session up at Tony Quinn’s Queensland Raceway and I have to say they are awesome to drive.

Racing gets underway at Symmons Plains from 1.50pm Friday 25th March for Practice, with qualifying later in the day at 3.20pm (local times). There are four races over the weekend, two each day. Keep an eye on our facebook page for all the updates and photos.