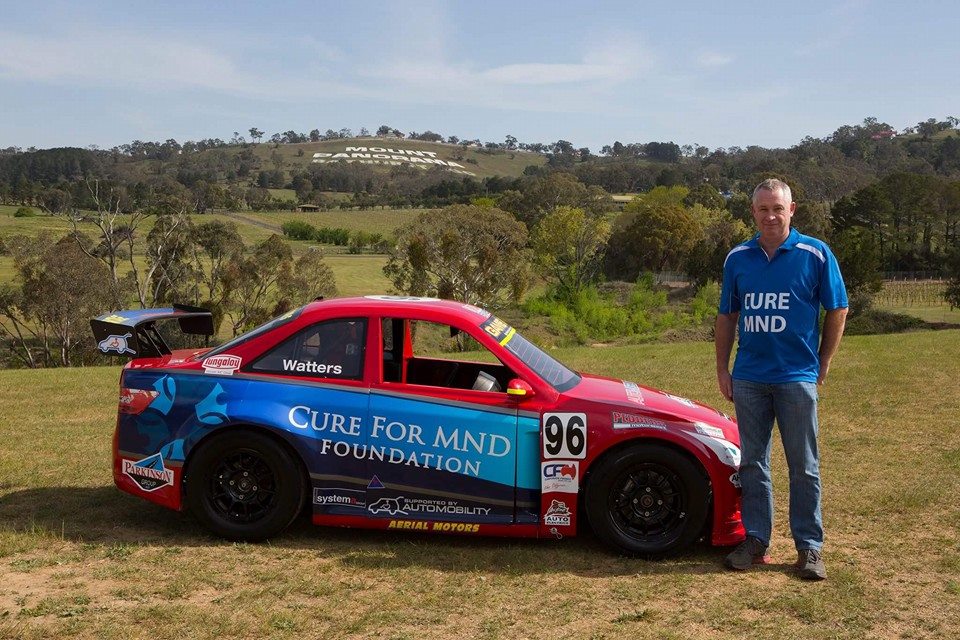 Jeff Watters is what we call one of our more "senior" drivers in the Aussie Racing Cars, of course we mean that in the nicest possible way! Jeff has been racing in the class since 2013, but has always considered himself a Petrol Head. We let Jeff loose to tell us his story!?

"I've been a motor-racing enthusiast forever, having watched Bathurst since I was probably 5 or 6 years old," says Watters. "I was fortunate to crew at Bathurst in 1989 and 1990 and at the 12 hour in 1992 and not long after that my motor racing "career"started - as a 32 year.  A fair bit older than a lot of the go-kart kids I race against."

"I started off racing at a flat track speedway in a VG Valiant at a little place in country Victoria called Wilby Motorsports Park. Good old fashioned fun racing but I caught the bug and in 1996 when I competed in my first CAMS event in Commodore Cup at Phillip Island - what an eye opener"

"Commodore Cup was a great category until its unfortunate end in 2012 and then I moved to Aussies -albeit competing in both of the Bathurst 12 hour events in 2002 and 2003, including a life experience highlight of standing on the Bathurst podium with the great Peter Brock himself in his last Bathurst appearance before his unfortunate passing. I raced with some renowned and successful drivers in CCup - Lee Holdsworth (who I beat when I last raced Ccup against him), Geoff Emery, Marcus Zukanovic and Scott Andrews."

"Aussie Racing Cars is a great category and I've met so many great friends and rivals. The cars are great, racing is fierce but respectful (generally) - the best value cars to get to the big events. I'm happy to acknowledge that I'm really past my best but that doesn't stop me keeping these younguns honest - they hate it when the old bugger is ahead of them."

Jeff races in the Gold Cup Class, its the seniors cup, but its fiercely competitive both on and off the track, and especially on Social Media! As Jeff and a few of the other racers will tell you.

"It's been great to see the advancement in young up and coming drivers - yes Josh (Anderson), you did spin me out of the lead in your first race. I have simple goals in racing these days, keep my great mate and gentleman racer Craig Thompson behind me and have fun.  I'm pretty sure RedBull F1 have passed on picking me up to drive for them."

"Probably one of the most significant aspects from my ARC career is my support of FightMND.  Motor Neurone Disease is a horrible disease that has claimed the lives of a few friends and several clients so every bit I can do to raise awareness to help the fight is another step forward."

"For those who watch Aussie Racing Cars in wet races, if you want to try and appreciate what the driver's are experiencing, drive through a car-wash with your windows down and wipers off."

Like every driver up and down the Aussie Racing Cars pitlane, Jeff loves his time with the class, definitely for the racing, but certainly for the friendships he has made over the past 7 years or so. We here at ARC hope to see another 7 years out of Jeff, we may need to make another Seniors Extra Older class for him and his mates!

Oh one last thing Jeff wanted us to mention, and that was his break through race win (actually his only win) came at Queensland Raceway in 2016, he made sure we didn't forget and said to say it was July 23 in 2016 at 14.31pm to be precise! :P 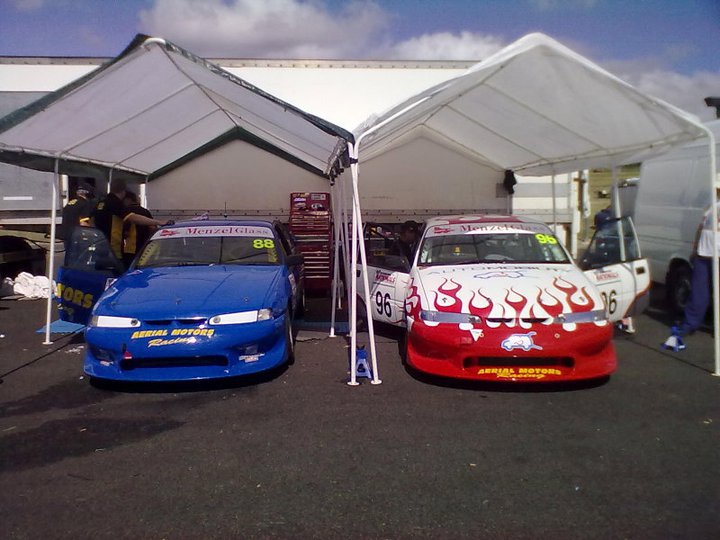 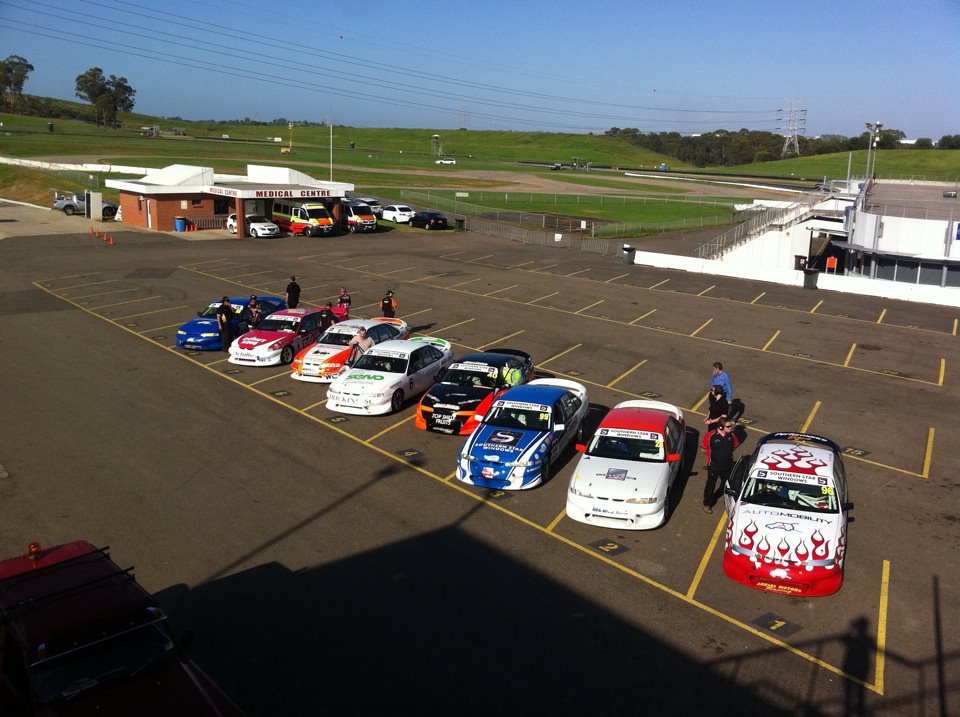 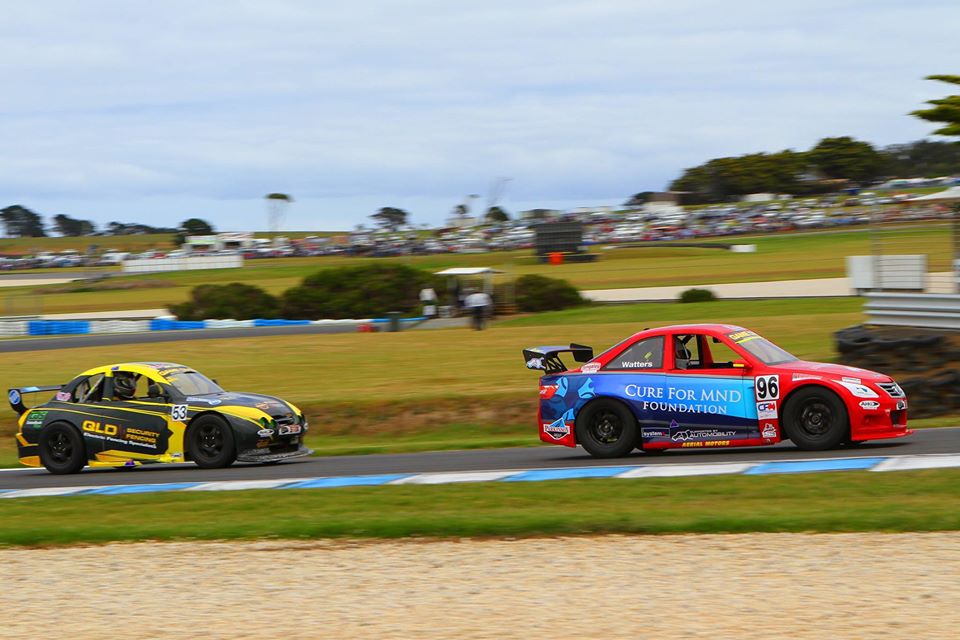 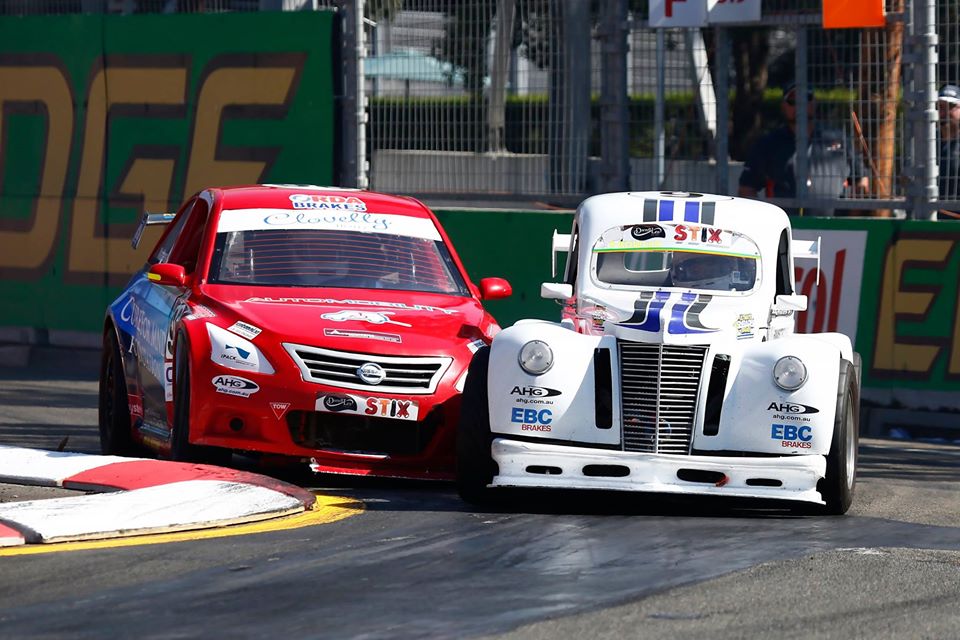 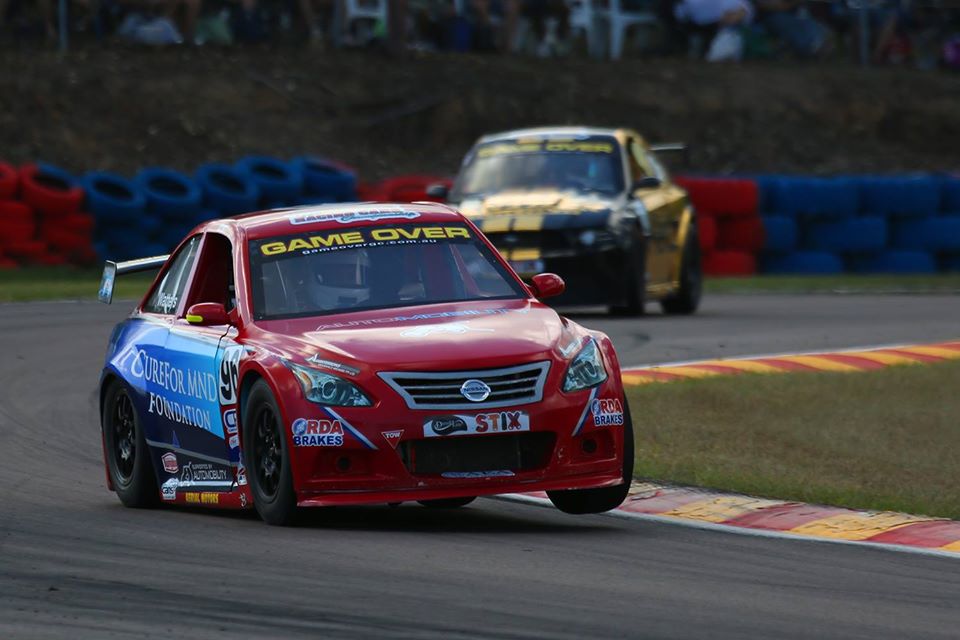 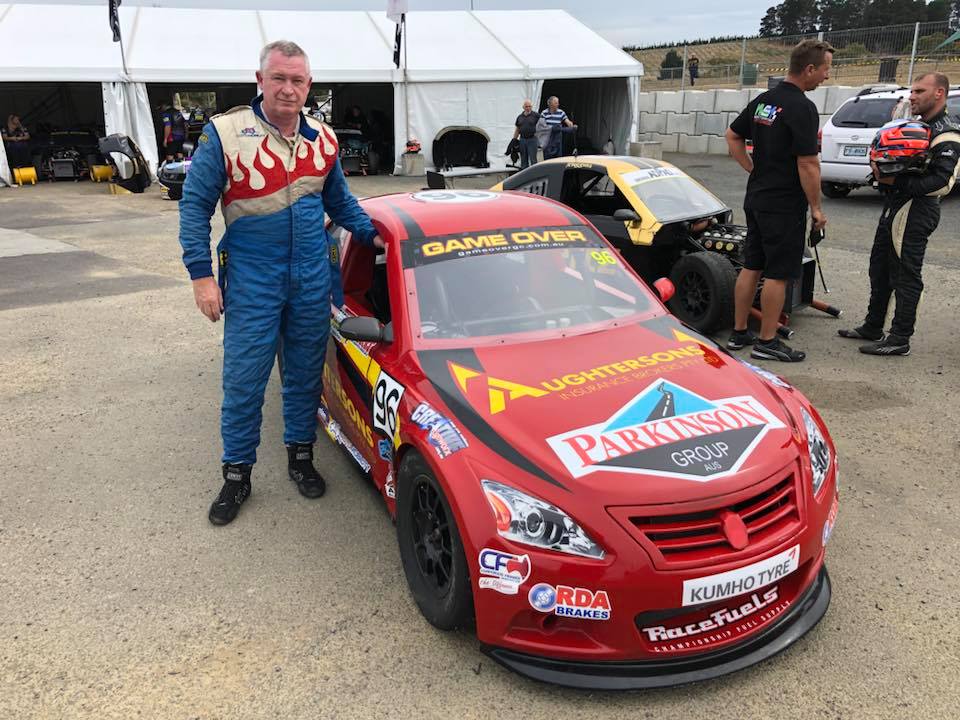 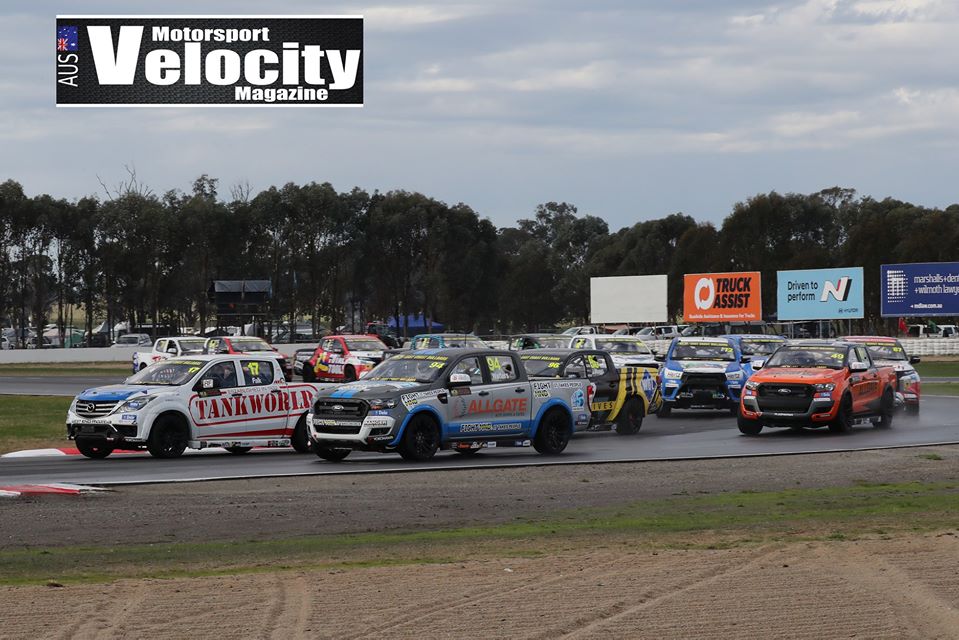 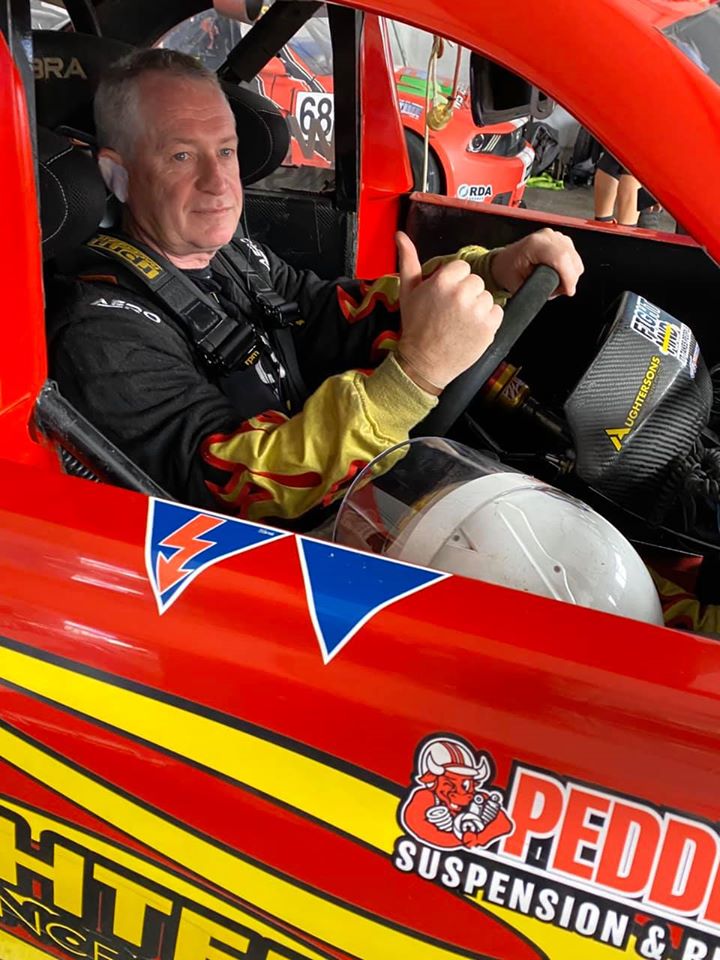